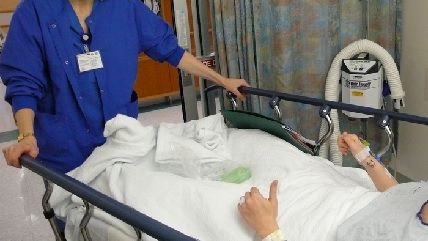 Trump then tweeted, "ObamaCare will explode and we will all get together and piece together a great healthcare plan for THE PEOPLE. Do not worry!"

But I do worry.

Trump is right when he says that Obamacare will explode.

The law mandates benefits and offers subsidies to more people. Insurers must cover things like:

Some people want those things, but mandating them for everyone drives up costs. It was folly to pretend it wouldn't.

Insisting that lots of things be paid for by someone else is a recipe for financial explosion.

Medicare works that way, too.

When I first qualified for it, I was amazed to find that no one even mentioned cost. It was just, "Have this test!" "See this doctor!"

I liked it. It's great not to think about costs. But that's why Medicare will explode, too. There's no way that, in its current form, it will be around to fund younger people's care.

Someone else paying changes our behavior. We don't shop around. We don't ask, "Do I really need that test?" "Is there a place where it's cheaper?"

Imagine if you had "grocery insurance." You'd buy expensive foods; supermarkets would never have sales. Everyone would spend more.

Insurance coverage—third-party payment—is revered by the media and socialists (redundant?) but is a terrible way to pay for things.

By contrast, prices fell in the few medical areas not covered by insurance, like plastic surgery and LASIK eye care. Patients shop around, forcing health providers to compete.

Obamacare pretended government controls could accomplish the same thing, but they couldn't.

The sickest people were quickest to sign up. Insurance companies then raised rates to cover their costs. When regulators objected, many insurers just quit Obamacare.

Insurance is meant for catastrophic health events, surprises that cost more than most people can afford. That does not include birth control and diet counseling.

The solution is to reduce, not increase, government's control. We should buy medical care the way we buy cars and computers—with our own money.

Give tax deductions to people who buy their own high-deductible insurance.

Give tax benefits to medical savings accounts. (Obamacare penalizes them.)

Allow insurers to sell across state lines. Current law forbids that, driving up costs and leaving people with fewer choices.

What about the other "solution"—Bernie Sanders' proposal of single-payer health care for all? Sanders claims other countries "provide universal health care … while saving money."

But that's not true.

Well, other countries do spend less. But they get less.

What modern health care they do get, they get because they freeload off our innovation. Our free market provides most of the world's new medical devices and medicines.

Britain's official goal is to treat people four months after diagnosis. Four months! That's only the "goal." They don't even meet that standard.

Bernie Sanders' plan has been tried, and it's no cure.

If it were done to meet American expectations, it would be ludicrously expensive. In 2011, clueless progressives in Bernie's home state of Vermont voted in "universal care." But they quickly dumped it when they figured out what it would cost. Didn't Bernie notice?

It's time to have government do less.