The Failures of the American Health Care Act

Here are the problems with the House plan to repeal and replace Obamacare. 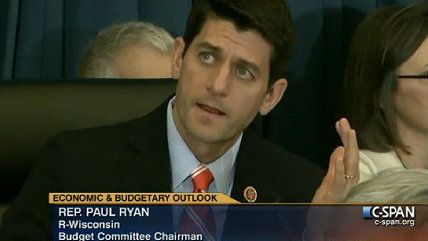 From the time it was enacted, most Americans disliked the Patient Protection and Affordable Care Act, also known as Obamacare. Republicans, promising to "repeal and replace" Obamacare, rode the wave of public dissatisfaction to repeated election victories. The GOP took the House of Representatives in 2010, the Senate in 2014, and the White House in 2016, largely capitalizing on the skyrocketing premiums, rising deductibles, and disappearing choices that characterize Obamacare.

Now, as Republicans control both Congress and the White House, they finally have the chance to deliver on their promise. And not a minute too soon. Because the mandates that Obamacare places on health insurance have sent our health insurance system into a death spiral. Premiums continue to soar as insurance companies are pulling out of the market, leaving consumers with fewer and fewer affordable choices. In over a third of the nation's counties, individuals have just one insurance plan as a choice. Soon, many counties will have no plans available. Repealing and replacing Obamacare is no longer an option. It's essential.

A major force behind the death spiral is the series of mandates that Obamacare places on all health insurance sold in the U.S. Companies that offer insurance that is not "ACA-compliant" suffer penalties, as do any individuals that buy such a policy.

For example, there are 10 essential benefits, including maternity care, mental health care, chemical dependency rehab, and vision and dental care for children under 18—which all insurance must provide, regardless of the needs or desires of the health plan customer. This makes insurance much more expensive than it would otherwise be for people who don't want or need those benefits.

But the mandate that contributes in the greatest way to making premiums unaffordable is called "guaranteed issue/community rating." This is the requirement that insurance providers accept people who are currently sick or have preexisting conditions, yet providers are not allowed to charge such people any differently than those who are not sick and don't have preexisting conditions. In order to have enough money in the risk pool to pay out claims, this feature makes insurance companies thus charge younger and healthier people much more, while charging sicker and older people much less. Even worse, it creates an incentive for people to put off buying health insurance until they get a health problem, when the insurance company must sell it to them and cannot charge them any differently than if they were healthy. Imagine if auto insurance worked this way. There would be no reason to buy it until you got in an accident. But imagine how much that auto insurance would cost.

To deal with this problem, Obamacare has the infamous "individual mandate," which penalizes people with a tax if they put off buying health insurance. But the penalty isn't stiff enough because more and more young and healthy people are choosing to take the penalty rather than pay for expensive health insurance they don't need.

Therefore, nothing in the American Health Care Act addresses the cause of rising health care premiums, rising deductibles, and insurance companies leaving the market. Proponents say the proposal increases consumer choice. But as long as the government is designing insurance policies with one-size-fits-all mandates, there never really will be choice.

To be fair, the GOP leadership argues that arcane Senate rules left no choice but to leave the mandates in place. In order to avoid a filibuster by the Democrats, the Republicans are forced to use a procedure called "budget reconciliation." Otherwise, they reason, nothing at all will clear Congress and head to the president's desk for his signature. And the budget reconciliation process does not allow them to address the mandates.

However, some serious analysts argue that, based upon information provided by the non-partisan Congressional Budget Office, mandate reform can indeed be included as part of this budget reconciliation package. The cautious House and Senate leadership seem unconvinced by such arguments.

The architects of the American Health Care Act reassure critics that Secretary of Health and Human Services Tom Price can address the mandate problem in what they call "Phase 2" of Obamacare repeal/replace, once the act ("Phase 1") is passed. They point out that the Affordable Care Act delegated extensive administrative authority to the HHS secretary. They refuse to specify, however, just how the secretary will do the fix administratively. Moreover, constitutional law professor Josh Blackman argues that the powers of the secretary are severely limited when it comes to the matters of the essential benefits and guaranteed issue/community rating.

To help people deal with the exorbitant insurance premiums resulting from the mandates, Obamacare provided means-tested subsidies to many people. These subsidies were paid directly to the insurance company in order to reduce the premium price to the consumer. The American Health Care Act ends these subsidies. In their place it offers an age-adjusted, means-tested, refundable tax credit (meaning the credit is given to people even if they pay no net income tax) that, again, is paid directly to the insurance company to lower the premium. This amounts to nothing more than renaming the subsidy as a "tax credit" to make it sound more Republican. The entitlement created by the Obamacare subsidy still remains but in a slightly different form.

To be sure, there are some good things in the American Health Care Act. It removes most (but not all) of the taxes in Obamacare that have been a drag on economic growth, investment, and job creation. The act also removes the mandate that employers of 50 or more full-time workers (defined as 30 or more hours per week) provide ACA-compliant health insurance. This has stifled full-time job growth while increasing the number of part-time workers.

The expansion of Health Savings Accounts is also a very laudable feature. This empowers patients to use their own money to make their health care decisions.

A major step in the right direction is the act's block granting of Medicaid funding to the states while also allowing states to innovate and design programs free of Washington micromanagement. Fiscal conservatives have issues with the way in which this is structured. For example, it allows for Medicaid to be extended to working, healthy adults (not the original mission of Medicaid) until 2020. Nonetheless block granting constitutes a major entitlement reform.

GOP leaders promise to make even more improvements with separate legislation ("Phase 3") to allow for the sale of insurance across state lines. This will result in more competition and consumer choice, and help drive down insurance premiums. Again, Senate rules preclude this matter from being included in any budget reconciliation bill.

These things are nice, but they really don't matter: Unless and until the House and Senate leadership find a way to repeal the Obamacare mandates, none of the positive features of the American Health Care Act will be able to stop the individual insurance death spiral that is already well underway. And, in fact, it could be argued that removing the hated "individual mandate" while leaving the Obamacare mandates on health insurance in place will make things even worse. Either way, when it all comes crashing down, the Republicans will have only succeeded in wresting ownership of this disaster from the Democrats.

Perhaps it is time for the GOP leadership to exercise some of the same raw legislative gamesmanship their Democratic predecessors used to ram the Affordable Care Act through in 2010. For example, it is within the Senate majority's power to declare that repealing the Obamacare mandates is germane to budget reconciliation. Senate Republicans even override the Senate parliamentarian if he disagrees.

If the Republicans are not up to the task, then, as cynical as it seems, it might be politically safer to just do nothing, avoid the blame for the crash, and then try to rebuild from the ashes.

Jeffrey A. Singer practices general surgery in metropolitan Phoenix and is a senior fellow at the Cato Institute.