The media landscape has shifted in a way that's made government subsidies less necessary than ever. 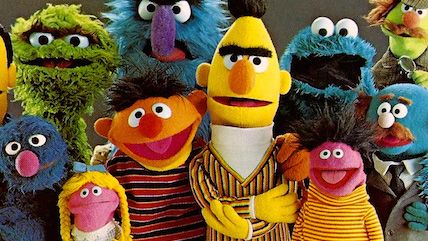 If the Trump Administration gets its way in ending federal funding for public broadcasting (see the budget proposal out today), it wouldn't spell the end of NPR, PBS, or the radio and television programs that many Americans cherish. The biggest impact would be on rural stations that rely on government dollars for a large share of their operating budgets. Several reporters have noted that these rural stations "serve" communities that skew heavily Republican, claiming irony. "[D]efunding the Corporation for Public Broadcasting," the Washington Post's Callum Borchers writes, "would mean hurting the local TV and radio stations that a whole lot of Republican voters watch and listen to."

We don't actually know how many Republican voters (or anyone for that matter) watch and listen to NPR or PBS in these rural communities because the networks keep that information private. If saving the rural stations is the main reason to maintain federal funding, don't taxpayers have a right to see multi-year ratings data? In a press release responding to the budget cuts, PBS merely cites its old talking point that public broadcasting costs each citizen just $1.35 per year. Just because something's comparatively cheap doesn't make it worth buying.

The notion of a television station "serving" a community is outdated. You don't hear Netflix, YouTube, and Hulu boasting that they "serve" one area of the country or another. As I argued in a recent video, the mean reason to end federal funding to these stations is that the media landscape looks nothing like it did in 1967, when Lyndon Johnson signed the Public Broadcasting Act:

When the Public Broadcasting Act became law, maintaining a network of regional stations was the only way to insure that every American household had access to public television and radio content. Today, this decentralized system isn't necessary because it's possible to stream or download NPR or PBS content from anywhere in the world. As audiences moves online, the regional stations supported by the federal government are becoming unnecessary.