In the name of equality, destroy your valuable public resource 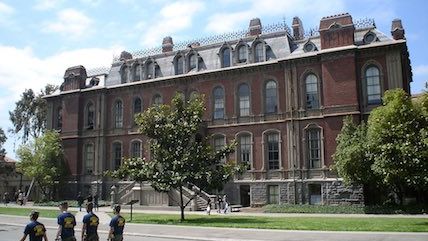 This story has been updated. See below.

The handicappers general in the Department of Justice strike again: the University of California, Berkeley, is deleting a massive amount of free, online content in order to comply with the Americans with Disabilities Act.

Berkeley previously housed an online library consisting of more than 20,000 videos of lectures. These videos were free and accessible to the public. But they are free no longer: next week, administrators will withdraw access to anyone who isn't a Berkeley student or professor.

Why? Because the federal government left them no other choice.

Two employees of Gallaudet University—a school for the deaf in Washington, D.C.—filed a complaint with DOJ alleging that Berkeley's online content was inaccessible to the hearing-disabled community. After looking into the matter, DOJ determined that Berkeley had indeed violated the Americans with Disabilities Act, according to Inside Higher Ed.

Berkeley had two choices: spend a fortune adding closed captioning to the videos, or remove them from public view. Cost-conscious administrators chose the latter option.

I can't imagine the authors of the ADA intended to destroy a valuable public resource because it wasn't perfectly accessible to all, but here we are. Taking the quality out of equality: that's clumsy federal regulation for you.

Updated: The number of videos Berkeley must remove from public access has been corrected: it's 20,000, not 200,000. I regret the error.