The indie comedy/drama about new fatherhood, depression, and holding onto your dreams is now available to rent or buy on most major VOD platforms. 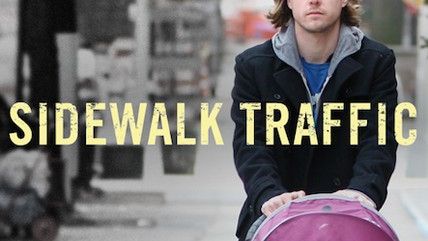 In an alternate timeline when I'm not doing intrepid reporting for Reason, I'm making independent films, and I'm proud to announce my first feature film as a Writer/Director—Sidewalk Traffic—was released by Random Media and The Orchard this week.

It's a comedy/drama loosely dealing with themes like depression, new fatherhood, betrayal, urban malaise, and unemployment—but, you know, funny.

You can buy or rent the film on iTunes, Amazon, Playstation, XBox, and many cable and satellite VOD platforms.

When Declan, a 30 year old husband and new father is squeezed out of a promotion, he finds himself wracked by internal crises, including career envy, bitterness over bad breaks and the still-lingering fallout from the suicide of his former creative partner. Searching for salvation, Declan surrenders to the role of stay-at-home dad, and is forced to face his demons while pushing strollers, changing diapers and heating up bottles all the while working to resurrect his dreams.

Watch the trailer below, and then show your support for indie filmmaking by buying or renting the film at iTunes here.