Reason Staff | From the March 2017 issue 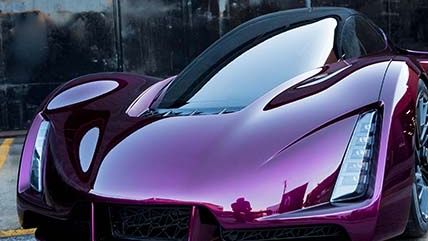 The Divergent Blade, which was on display at the Consumer Electronics Show in January, weighs half as much as a Mini Cooper but accelerates to 60 mph faster than a Porsche 911 Turbo S. It can be assembled in under half an hour from 3D-printed metal parts—and building one generates just a third of the emissions that come from producing an electric vehicle, according to the manufacturers.