Arizona licensing board finally backs down from an expensive, unnecessary mandate that nearly forced three women to give up their careers as animal masseuses. 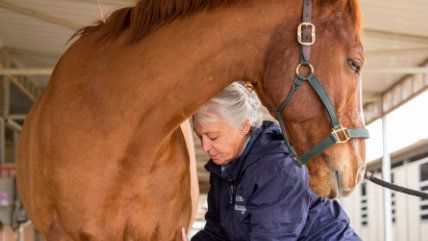 After a three-year legal battle, an Arizona state licensing board finally backed down from an expensive, unnecessary mandate that nearly forced three women to give up their careers as animal masseuses.

In an agreement signed last week by Judge David Udall, the Arizona State Veterinary Medical Examining Board said it would no longer require animal massage practitioners, who provide therapeutic services to dogs, horses, and other animals, to obtain a veterinary license. Obtaining that license requires years of post-graduate schooling, which can cost as much as $250,000.

"All I want is the freedom to do my job, and I have that now," Celeste Kelly, one of three plaintiffs in the lawsuit, said in a statement.

Kelly was a certified equine therapist with more than 10 years of experience working with horses when the state board tried to driver her out of business by threatening her with fines and jail time if she didn't get a veterinary license. She was one of three women who joined together in a 2014 lawsuit, with help from the Institute for Justice, a Virginia-based libertarian law firm with a track record of tackling unfair and anti-competitive licensing laws in numerous states, to challenge that requirement on the grounds that it violated the state and federal constitution's due process protections.

It also violated the rules of common sense. The state board argued that the licensing rules were intended to protect the public's health and safety, though it was never clear how Kelly's business was threatening anyone.

What was clear from the cease-and-desist order sent to Kelly and other animal massage practitioners in Arizona was that they were providing unwanted competition to licensed vets in the state. As often happens with state licensing boards—for dentists, cosmetologists, tour guides, and so on—the Arizona Veterinary Medical Examining Board was acting in the best interests of its members, rather than the public, and was using the power of the state government to force competitors out of the market.

"The case provided a perfect example of how many occupational licensing regulations — rather than promote public safety or consumer interests — too often serve only to protect entrenched elites at the expense of innovation, entrepreneurship and job creation," opined the Las Vegas Review-Journal editorial board this weekend.

Incumbent businesses like restrictive licensing laws because it means they can charge higher prices and block competition, but these rules limit entrepreneurial opportunities and increasingly act as dead weight on the economy.

Another plaintiff in the case, Grace Granatelli launched her own business, Pawsitive Touch, offering massages for dogs after finding herself out of work during the recession. Like Kelly, she was in danger of losing her livelihood because she did not have a license to practice veterinary medicine—even though she wasn't advertising herself as a vet or offering veterinary services.

In a cease-and-desist order sent to Granatelli in 2013, the Arizona Veterinnary Medical Examining Board warned that she could face fines of $1,000 for every massage she completed without a license.

"To comply with the ruling and obtain a license, Ms. Granatelli would have to spend about $250,000 over four years at an accredited veterinary school. None require courses in massage technique; many don't even offer one," The New York Times reported last year in a profile of Granatelli's business and the ongoing legal battle.

Kelly, Granatelli, and Stacey Kollman, the third plaintiff in the case, will now be free to practice their trades without requiring expensive licenses or facing the threat of government action.