Government watchdog finds yet another increase in wasteful Medicaid spending. 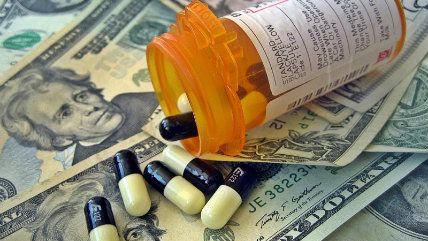 Every year, the Government Accountability Office (GAO) releases a report putting a dollar figure on the amount of improper payments in Medicaid. And every year, it shows that the program, a jointly funded federal-state program for the poor and disabled and one of the nation's biggest budget items, spends a substantial portion of its annual budget in ways that it shouldn't: On fraud, on waste, on services not rendered, not medically necessary, or incorrectly billed.

Last year, for example, the GAO found that about 9.8 percent of federal Medicaid expenditures, or about $29 billion, was spent improperly. That was up from the previous year, and the increased error rate was the main driver of an overall increase in improper payments across the federal government.

This year, the total has risen once again. About 10.5 percent, or $36 billion, of federal spending on the program isn't up to snuff, according to a GAO report released this morning.

The program's sheer size, along with the variety of types of individual payments it makes, makes it particularly vulnerable to bad spending. And that's been the case for a long time. The GAO added Medicaid to its list of high-risk programs in 2003, and in the years since, government officials have been slow to implement the watchdog's list of suggested reforms intended to reduce unnecessary spending. This is an enduring problem for Medicaid, one that neither Republican nor Democratic administrations have figured out how to fix.

Among the problems that GAO highlights: Medicaid officials have not taken sufficient steps to make sure that "only eligible beneficiaries are enrolled in Medicaid." Basically, there are too many people signing up for coverage who don't actually qualify for coverage—especially with regard to Obamacare, which dramatically expanded the program in participating states. Today's report notes the GAO's own study showing that 9 of 12 fictitious applications were approved for coverage and subsidies under the health law during last year's special enrollment period. This isn't strictly limited to Medicaid, but it suggests how weak the controls are on application.

On the flip side, the GAO also warns that health officials aren't doing enough to make sure that only eligible providers are enrolled in the program. The report notes that "our prior work has identified hundreds of Medicaid providers who were potentially improperly receiving Medicaid payments"—basically, folks who are engaging in fraud, or something fairly close—and says that the Centers for Medicare and Medicaid Services (CMS) isn't doing nearly enough to weed out these bad actors.

The report also notes that there are not enough controls in place for Medicaid managed care, in which the program's services are contracted out to private companies, and that there's not enough coordination between Medicaid the Obamacare exchanges.

Beyond the bureaucratic details, what this report makes clear, yet again, is that Medicaid is not a particularly well-run program, and that its size, scope, and complex structure make it particularly susceptible to waste and fraud. And in its current state, the program has proven difficult to reform through better oversight and program management. Which means that folks who are looking to fix these problems ought to be thinking bigger, and looking for more substantial structural reforms that don't effectively have a 10 percent waste level built into the system.