Erica Grieder | From the January 2017 issue 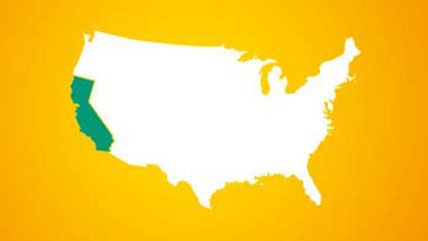 California Comeback: How a "Failed State" Became a Model for the Nation, by Narda Zacchino, St. Martin's Press, 328 pages, $26.99

All Texans know that Texas is the greatest state in the country. Many national observers would disagree, of course; they often do so for no apparent reason and with what I would describe as an objectively disproportionate degree of hostility. Narda Zacchino, a writer from California, is one such example. Her new book, California Comeback, sets out to explain how the state, which suffered more than most during the Great Recession, has turned things around.

Her goal, actually, is even more ambitious than that. "California," she writes, "has become the economic, social, and political model of the twenty-first century, which stands in contrast to the alternative examples of Texas, Kansas, Florida, and others hobbled by right-wing ideology."

As recently as a few years ago, California was the functional equivalent of a clown stepping on a rake and then bursting into flames, but matters appear to have improved somewhat since then. There seems to be an intriguing story to be told about the state's recent history, and the sheer swagger of Zacchino's opening salvo raised my hopes that it would be one with a happy ending.

It's not easy to wrap your head around a state as large, complex, and dynamic as California. It has 38 million people. If it were a standalone country, its economy would rank as the seventh largest in the world. Its politics are incomprehensible. California is a blue state, but it had a Republican governor as recently as 2010 and, furthermore, that governor was The Terminator.

Zacchino's résumé includes 31 years at the Los Angeles Times followed by six as deputy editor of the San Francisco Chronicle. She has amassed nearly four decades' worth of expertise on a substantively interesting circus, and she uses it to relitigate the relative merits of Texas vs. California. Zacchino claims that this is a "grudge match, manufactured in large part by the media and politicians."

To be fair, there are a lot of Texans who talk about California as a rival. Former Gov. Rick Perry has done so many times, and he capers through her book with the rambunctious vim that recently dazzled viewers of Dancing with the Stars. I understand what Zacchino is getting at when she says that people like me, including me specifically (I wrote a book on Texas in 2013), were "piling onto the meme" that Texas and California represent a study in contrasts between what one pro-Texas partisan summarized as "two opposing versions of the American dream, one based on liberty, the other, government."

The person she's quoting there, though, is Chuck DeVore, a former state assemblyman from Orange County. Texans don't actually define our state in opposition to California—not even Perry does, come to that.

Californians shouldn't either. There are good things happening in the Golden State, but having read Zacchino's book, my impression is that it's still struggling with the collective cognitive dissonance that seems to be at the root of its most painful public travails.

The passage of Proposition 187, in 1994, is a good example. The measure—which sought to establish a statewide citizenship screening system for unauthorized immigrants and bar them from using nonemergency health care services—was struck down by the courts, and Republicans have subsequently paid a heavy electoral price for having championed its passage. Even today, though, there's a kind of bewildered anguish in the accounts that Californians give of the saga, and Zacchino's is no exception. California, she explains, is not the kind of state one would expect to embrace a draconian approach to illegal immigration, much less a punitive attitude to the migrants themselves. California is supposed to be better than that. It's the red states, like Texas, that one would expect to succumb to the ills of intolerance.

"Still, the measure passed," concedes Zacchino. She hastens to add that "Texans might have voted for a Proposition 187–type measure given the opportunity, but there is no initiative process there." That's true. But it's also true that in 2001, via the old-fashioned techniques we still use down here, Texas adopted a state-level dream Act that extended in-state tuition at our public universities to non-citizen students who came to the U.S. illegally as children.

It's not hard to understand why Texas' elected officials would take such a forward-thinking approach to the subject, if you step away from the stereotypes for a second and think about the facts. It doesn't make much sense to soapbox about how unauthorized immigrants are taking advantage of your lavish welfare state when no such thing exists.

Ultimately, I'm dubious that the "California model" Zacchino is touting is entirely coherent. There is, of course, a "blue-state" analogue to the red-state model that Texas has come to represent, and it has served certain states well. Massachusetts, for instance, may not be a job-creating machine, but it doesn't need to be. It's a relatively small state, and its comparatively expansive public sector is funded by one of the most highly educated workforces in the country.

California has so many eccentricities that it doesn't seem like a particularly useful paradigm, especially since one of them is the kind of magical thinking that explains its relatively recent flirtation with fiscal disaster. As far as I can tell, California's "comeback" is being single-handedly engineered by its governor, Jerry Brown, who has been busy MacGyvering the largest economy in the nation back from the brink since returning to Sacramento in 2010. He's also been routinely harassed by environmental activists while doing so. Zacchino presents that side of the story as if it helps make the case for the California way, but her account of the state's recent fight over hydraulic fracturing points to an underlying problem with the concept.

In 2013, Brown signed legislation establishing regulations on fracking, rather than fighting to place a moratorium on the technique. This was, according to Zacchino, "disconcerting and confusing to environmentalists who had consistently been in his corner," and "his past reputation was not enough to protect him from the fury of greens on this issue." In October of that year, he was confronted by Paul Rogers, a reporter from the San Jose Mercury News, who asked Brown to explain how he could reconcile his support of fracking with his stated belief that climate change represents an existential threat to the world.

For the record: This is not a very good gotcha question. It can be answered by referring the concerned citizen to Google, which he can use to look up the 2011 Massachusetts Institute of Technology study "The Future of Natural Gas." Brown, more politely, explained the key takeaway: "In terms of the larger fracking question—natural gas—because of that, and the lowered price, the carbon footprint of America has been reduced because of the substitution of natural gas for coal."

This was, according to Zacchino, "a rare incoherent sentence" from Brown and, moreover, "perhaps a bit disingenuous" on his part. She also warns that the governor's stance on the issue "may not be enough for the public." A 2014 poll found that 68 percent of California voters were in favor of a bill reviving the call for a moratorium, although it ultimately failed after the the oil industry, which she says "has more clout than the voters," spent $1.5 million lobbying against it.

It's puzzling that California's environmentalists weren't more receptive to Brown's point that natural gas is displacing coal. He's correct about the energy portfolio, and his stated commitment to addressing climate change is backed by a decades-long record as one of America's most influential tree huggers.

In Zacchino's account, Brown made his decision after analysts at the California Department of Finance concluded that a moratorium would have adverse effects on jobs and revenue. Those considerations are surely germane if you're the governor of a state in dire need of both. Yet Zacchino seems to believe that stopping all fracking is the normatively correct approach, and many Californians apparently agree.

The whole saga suggests that a key component of the California model is refusing to accept that life is not actually a dream. But given that a policy of ferocious idealism has been known to result in multibillion-dollar budget shortfalls, the moral picture is a little murkier than that. Brown has walked his state back from the edge largely by resisting the utopianism that got it there in the first place. His constituents should consider that.

The book's Manichean outlook makes no sense. Zacchino laments that "to the extent that environmental problems are admitted at all in Texas, they are seen as quantitative technical challenges to be adapted to rather than qualitative moral dilemmas that must be faced." No state is perfect, but Texas was the first in the nation to pass legislation mandating disclosure of the chemicals used in fracking in 2011. California followed suit three years later.

Erica Grieder is a senior editor at Texas Monthly.