It's been a rough eight years for Americans of faith.

Stephanie Slade | From the February 2017 issue 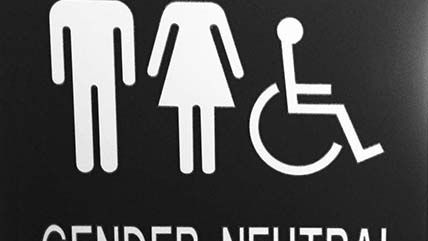 On June 26, 2006, then–Sen. Barack Obama took the stage at a conference hosted by the Christian social justice organization Sojourners and gave what would become the defining speech on religion of his young career. With Americans increasingly curious about this rock-star politician with the funny name, Obama discussed how he had found a deep faith during his time working with black church leaders as a community organizer in Chicago. "The questions I had didn't magically disappear," he said. "But kneeling beneath that cross on the South Side, I felt that I heard God's spirit beckoning me. I submitted myself to His will and dedicated myself to discovering His truth."

It was enough to give many Christians hope that the future president would have their backs. But a decade later, as Obama's tenure at the White House draws to a close, those who believe in the importance of religious liberty and free association have few reasons to celebrate. Despite his protestations on that day that "secularists are wrong when they ask believers to leave their religion at the door before entering into the public square," many will remember his presidency for the many times he insisted that his fellow religionists do just that.

1. Early in his first term, to get some key pro-life lawmakers to support the Affordable Care Act, Obama signed an executive order reaffirming his support for the Hyde Amendment, a policy that prohibits federal dollars from paying for abortions. Six years later—and without a word of objection from the president—the Democrats wrote into their official platform a call for that restriction to be repealed.

2. The federal Office of Civil Rights recently took the authority upon itself to issue what it considers to be binding guidance requiring public schools to let children use bathrooms and locker rooms corresponding to their gender identities instead of their anatomical sex. By foreclosing the possibility of locally tailored solutions, the move angered more than a few parents who think they should have some say in the rules that govern their kids' schools. Enforcement of the requirement has been temporarily stayed and the Supreme Court is set to hear the case in the coming year.

3. For the time being, sexual orientation is not considered a "protected class" at the federal level. But during Obama's terms in office, several states were emboldened to expand their anti-discrimination laws in ways that implicitly targeted Christian organizations. In Massachusetts, for example, an all-girls private high school was forced to settle for an undisclosed amount with a man whose job offer was rescinded after the school learned he was married to another man. And in New York, a couple was fined $13,000 for declining to host a same-sex wedding on their family farm. Other examples abound.

4. In May 2016, the Department of Health and Human Services issued a regulation prohibiting discrimination under Obamacare based not just on sex but also on gender identity. As a result, some medical professionals worry they may be forced to participate in sex reassignment surgeries and related treatments, even if doing so runs contrary to their ethical beliefs or their medical judgment about what's best for the patient. In August, the Becket Fund for Religious Liberty filed a lawsuit challenging the rule.

5. In March 2014, Obama's solicitor general argued before the Supreme Court of the United States that family-owned businesses should be required to provide their employees with free access to emergency contraceptives, even when those business owners have conscience-based objections to doing so. That position did not hold sway with the justices, who ruled later that summer in Burwell v. Hobby Lobby that the contraception mandate—at least as applied to closely held corporations—was indeed a violation of the Religious Freedom Restoration Act.

6. The rebuke in Hobby Lobby did not deter Obama from dragging a coalition of faith-based nonprofits before the Supreme Court two years later. The conflict: whether or not groups such as the Little Sisters of the Poor, an order of Catholic nuns who care for the indigent elderly, should have the freedom not to be involved in facilitating access to free birth control and sterilization procedures, in accordance with their deeply held convictions. The verdict is yet to be decided.

In his 2006 speech, Obama urged his progressive friends not to "discuss religion only in the negative sense of where or how it should not be practiced." With wedding vendors across the country facing legal reprimand for wanting to be excused from baking cakes, creating floral arrangements, or providing photography services for same-sex commitment celebrations—and with the Little Sisters waiting on tenterhooks to learn whether they'll be permitted to continue operating in this country at all—Americans of faith could be forgiven for wishing the president had taken his own advice more often.