U.S. Out of Space

Obama's space policy was one of his administration's bright spots.

Katherine Mangu-Ward | From the February 2017 issue 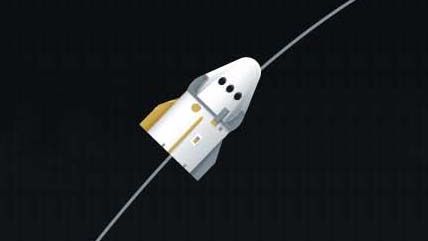 That's not how historians will likely describe him. But when Obama killed George W. Bush's Constellation program—a roadmap for getting humans back to the moon and eventually on to Mars—he declared it "over budget, behind schedule, and lacking in innovation." In other words: a government program.

Conceived in a state of panic triggered by the impending death of the space shuttle program, Constellation was larded up with space pork. By the time Obama got around to scrapping it in 2010, the effort had already burned through $9 billion with little to show for it. Anything that Washington touches pretty much immediately turns treyf; a certain amount of bacon buildup around any appropriations bill is inevitable.

After Obama nixed Bush's pie-in-the-sky scheme, stick-in-the-mud Republicans hustled to remind anyone who was paying attention that they, too, could be the party of big government and bureaucracy. The Space Launch System, an expensive post-Constellation scheme, was designed by Congress to Frankenstein heavy-lift rockets and a capsule out of the scavenged remains of the shuttle program—to be built, naturally, in the districts of powerful lawmakers, including Sens. Richard Shelby of Alabama, Ted Cruz of Texas, and Bill Nelson and Marco Rubio of Florida. It is sometimes affectionately referred to as the Senate Launch System, for obvious reasons.

Amid the usual horse trading, though, the Obama administration managed something rather remarkable: It carved out a little money and a lot of room for the private space industry to flourish, extending another Bush-era program that most people assumed was on the chopping block. The Commercial Orbital Transportation Services project—funded at the cost of less than a single shuttle flight—was aimed at encouraging private companies to develop the capacity to serve the transport needs of the International Space Station (ISS). The result was successful public-private partnerships with Orbital Sciences and Elon Musk's SpaceX. An adjacent effort created Commercial Resupply Services contracts with private companies to deliver cargo to the space station, and later commercial crew vehicles to carry human passengers.

The Republican Congress repeatedly tried to cut funding to these programs, intending to redirect the money to the old space-industrial complex. Obama's original budget asked for $5.9 billion over five years to fund the effort. The House countered with an offer of $250 million in the first year.

These programs work thanks to a wonky but essential fact about their creation: The contracts they create are different than the NASA norm. The government and the contractor agree on a price for a certain number of runs back and forth to the ISS, for instance, and the firm provides that service at that price.

This is, of course, the way people handle most transactions in their normal lives. But these common-sense practices frequently don't apply when government money flows to contractors under so-called cost-plus arrangements, especially those who are perceived to be doing something with relevance to national security.

To understand the weirdness of cost-plus, try this: Imagine you want a cone of mint chocolate chip ice cream. You walk into an ice cream store and say, "How much for mint chocolate chip, please?" They either say, "That'll be $3," or, "We don't have that flavor right now. Try the shop next door."

Here's how the U.S. government conducts the same transaction under cost-plus. It stands in the middle of the street and shouts "I WANT ICE CREAM" until someone who makes a related product—pudding, say—comes by and says, "I might be able to make you some ice cream. What were you looking for?" Then the government says, "Great, we will draft hundreds of pages of specifications for the ice cream, and send officials to your R&D facility, your factory, and your distribution warehouses to supervise and advise you while you make it. That way we can be sure to get the ice cream we want. Also, you can't hire any foreigners and you can only make the ice cream with American ingredients. At the end of the process, you can add up all the costs you incurred to make our special ice cream, charge us the full amount, and then add a little extra on top so that you make a profit." Four years later, the government gets a $1,263 cup of slightly melted fudge ripple.

Lockheed Martin and Boeing are the bespoke pudding peddlers. SpaceX and Orbital Sciences are Haagen Dazs and Ben & Jerry's.

Let's be clear: In this analogy, under both systems we're talking about buying dessert with money taken from citizens via taxation. We're still letting politicians decide whether ice cream is really a good idea right now, especially after that whole pizza they ate for dinner. And the guy who owns the ice cream shop might be an abrasive billionaire whose business endeavors have benefitted from years of unrelated government subsidies (cough, Elon Musk, cough). Plus, mint chocolate chip? Really? Who actually likes that stuff?

Still, as the Obama administration expanded the initiative from commercial cargo to commercial crew, government spending on spaceflight became much more efficient, and a competitive private industry got a little breathing room to come into its own.

At the moment, the feds are pretty much out of the Mars business, leaving the private sector to lead the way on interplanetary travel and colonization schemes, a role SpaceX's Musk has embraced. In fact, he has been beefing with physics celeb Neil deGrasse Tyson about whether a Mars mission is an appropriate undertaking for a private entrepreneur. In November 2015, Tyson told The Verge, "The delusion is thinking that SpaceX is going to lead the space frontier. That's just not going to happen." Calling a Mars mission too time-consuming and expensive, Tyson declared: "A government has a much longer horizon over which it can make investments."

But as space journalist Alan Boyle noted in GeekWire, Musk seems perfectly cheerful about the expense and rather more optimistic than Tyson about the time horizon. The billionaire has been pretty clear about how he hopes to overcome the commercial pressure to think short-term: The company will remain privately held for now. "When we're doing regular flights to Mars, that might be a good time to go public," he said in March 2015. "But before then, because the long-term goals of SpaceX are really long term—it takes a long time to build a city on Mars—that doesn't match with the short-term time frame of public shareholders and portfolio managers that are looking at the two- to four-year time horizon."

Early in the campaign, Donald Trump told a boy who asked him about NASA that "space is terrific." (Fact check: true!) At press time, even as a stream of would-be courtiers sashayed through the lobby of Trump Tower, there was no evidence that the president-elect had met with any senior officials at NASA or any candidate to head the agency. Right now, what little we know about Trump's space policy suggests that continued privatization isn't out of the question. In October, a couple of his senior policy advisers published a single op-ed that seems to constitute the whole of Trump's known space policy. "Government must recognize that space is no longer the province of governments alone," Robert Walker and Peter Navarro wrote at Space News. "Public-private partnerships should be the foundation of our space efforts. Such partnerships offer not only the benefit of reduced costs, but the benefit of partners capable of thinking outside of bureaucratic structures and regulations."

On the flip side of the two-faced Trump coin is the perennial nationalistic overtones that plague space policy. "Giant leap for mankind" rhetoric aside, people tend to get pretty patriotic when it comes to human spaceflight. Heck, we have different words for spacefarers depending on their nation of origin—astronauts come from the United States, cosmonauts from Russia, taikonauts from China, spationauts from France—as if their most relevant characteristic is the citizenship of the people who were taxed to foot the bill for the mission. And if there's one thing Donald Trump is into, it's American greatness.