The beauty of the First Amendment is that it even protects people who wouldn't protect it. 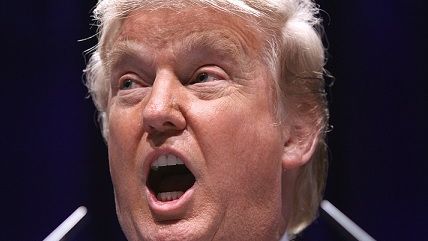 A New York judge accepted Donald Trump's motion to dismiss a libel lawsuit brought against him by Cheryl Jacobus, a political strategist Trump said on Twitter had "begged" him for a job and was only criticizing him because she was rebuffed.

The Hollywood Reporter, which first reported the dismissal and which posted the decision on its website, noted that "Donald Trump says he wants to 'open up' libel laws but a few days before he becomes the next President of the United States, he became fortunate that such laws place high burdens on plaintiffs."

In siding with Trump, New York Supreme Court Judge Barbara Jaffe characterized his tweet as an opinion, and noted his habit of using Twitter as such.

"His tweets about his critics, necessarily restricted to 140 characters or less, are rife with vague and simplistic insults such as 'loser' or 'total loser' or 'totally biased loser,' 'dummy' or 'dope' or 'dumb,' 'zero/no credibility,' 'crazy' or 'wacko' and 'disaster,' all deflecting serious consideration," Jaffe wrote.

The judge ruled that while Trump's use of Twitter as a campaign tool might make it different from the kind of heated statements courts have previously decided "constitute communications that cannot be taken seriously," reasonable readers should understand Trump was using the social media platform to express his "opinion, even if some of the statements, viewed in isolation, could be found to convey facts." This, she decided, was consistent with precedent and "the spirit of the First Amendment." So while the judge found the tweets were "intended to belittle and demean," she ruled that a reasonable readings would preclude concluding that those tweets could somehow "damage [Jacobus'] reputation as a partisan political consultant and commentator."

The ruling also cited an article by David Danford in The Federalist, "Why Donald Trump's Constant Twitter Battle is a Brilliant Media Strategy," and Danford's suggestion that "Trump's seemingly off-the-cuff and thoughtless tweets are no small part" of a "fascinating display of political skill." The judge said Trump's Twitter use raised "some concern that some may avoid liability by conveying positions in small Twitter parcels, as opposed to by doing so in a more formal and presumably actionable manner."

Trump and his team have continued to be fans of the idea of using libel laws and legal threats to silence opponents after the election. In November, Kellyanne Conway, Trump's campaign manager, suggested then outgoing Senate Minority Leader Harry Reid (D-Nev.) should be "very careful about characterizing someone in a legal sense." Reid had described Trump as "a sexual predator who lost the popular vote and fueled his campaign with bigotry and hate." When interviewer Chris Wallace asked Conway if she was suggesting the president-elect could sue Reid, she said no. "I'm calling for responsibility and maturity and decency [from] somebody who has held one of the highest positions in our government."