Drexel Professor Tweets 'All I Want for Christmas Is White Genocide'

University is 'taking this situation very seriously.' Why? 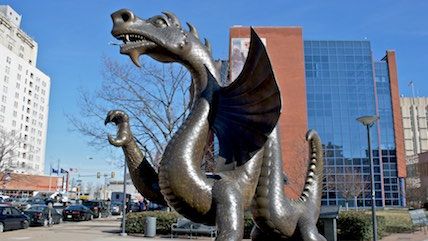 On the 24th day of December in the year of our Lord, two-thousand and sixteen, a Drexel University professor tweeted, "All I want for Christmas is white genocide."

It sounds like the professor, George Ciccariello-Maher, was probably joking. Indeed, he claims that he was. And Ciccariello-Maher has made similar remarks—with varying levels of seriousness—in the past.

Drexel administrators strongly condemned the tweet—probably because the professor, said "Christmas" instead of "non-specific holiday." (Kidding! See, that's a joke.) And conservatives on Twitter were predictably outraged. I think it's probably fair to say there's a double standard here: an alt-righter tweeting about black genocide would be more likely to face a Twitter ban. But then again, the alt-right person might not be joking. In any case, I don't really want people punished for saying stupid things on Twitter, though the social network is well within its rights to take whatever action it deems necessary.

There's a bigger issue: Drexel. According to the Associated Press, the university was not content to merely condemn the tweet. Drexel is "taking this situation very seriously"—which is a mistake—and has "contacted the professor to meet."

Drexel should not discourage a professor from expressing his mind on Twitter—if faculty members must worry that any stray thought can land them in hot water, then the university is failing to cultivate an environment of maximally free speech. Even if Ciccariello-Maher isn't formally disciplined, the experience of being called before the administration to answer for his tweet-crimes is a form of silencing.

University administrators everywhere should resolve to engage in fewer acts of petty censorship in 2017. As for everyone else:

May your days be merry, and bright

And may all your genocides be white