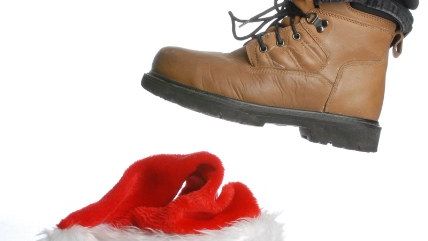 For more than 40 years, fifth-graders at Pennsylvania's Centerville Elementary School have performed A Christmas Carol. But not this year. Parents say the play was canceled after two parents complained about the line "God bless us, everyone." Officials admit they canceled the play after the complaints but say that wasn't the reason. They say that after more than four decades they realized that it took students out of the classroom, where they should be studying, for about 20 hours total to produce the play.