Martin Sheen, Moby, and others beg "Hamilton Electors" to stop Trump from taking the White House in earnest, incoherent video. 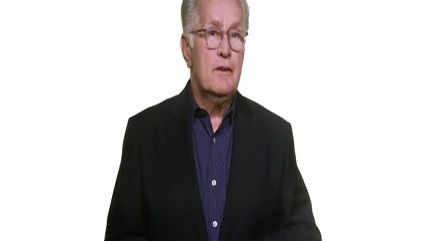 The 2016 presidential election featured no shortage of celebrity-studded viral videos, including Joss Whedon's overwrought haranguing of third party voters, the cast of The Avengers getting all sincere, and Lena Dunham pulling her pants off in solidarity with Hillary Clinton.

Just because that strategy failed miserably in stopping the election of Donald Trump hasn't prevented a rag-tag group of performers (including alumni of The West Wing, M*A*S*H*, and 1990s pop electronica) from making one last attempt at a viral video directed at the 538 Electoral College electors.

Led by Martin Sheen under the banner Unite for America, the cast of semi-recognizable celebrities cites Alexander Hamilton's edict that electors should vote for someone who is "to an eminent degree, endowed with the requisite qualifications" to be president. They urge electors to "vote their conscience" and "change the course of history," promising that they will be "American heroes."

The copy-readers make very clear that they're not asking Republican electors to vote for Hillary Clinton, just anyone who is not Trump. But even if 37 electors were so moved by this video that they deny Trump the 270 votes he needs to clinch the presidency, such a move does nothing to stop him from taking office.

As I reported for Reason, there are a number of roadblocks to prevent an electoral college coup from taking place. Each state's secretary of state could simply refuse to certify his/her state's electoral votes, which will hold up the vote in Congress, but only for a certain amount of time. Eventually, the vote will go to Congress, where the GOP-dominated body will elect Trump.

Whoever wrote the text for this video doesn't appear to understand the process, or they would be asking all Republican electors to vote for a supposed "good Republican" candidate (John Kasich's name, inexplicably, is the one most bandied about).

Instead, the message of this video is that if only 37 Republican electors refuse to vote Trump, the nightmare is over. That's simply not the case. As early as July's Republican National Convention, the anti-Trump forces of the GOP began to fall in line behind the party's nominee, and now that Trump is president-elect, there's nothing to indicate a Republican congressional revolt is being hatched to keep Trump from assuming the office of the presidency.

At the very least, perhaps this is the last of the earnest 2016 election videos. Feel the incoherent sincerity below: