Letting workers and bosses come to terms is better than the government protecting old business models and raising prices. 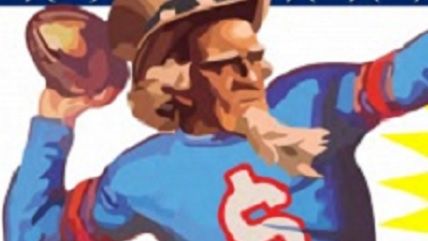 As Peter Suderman noted yesterday, Donald Trump's pick for Secretary of Labor, hamburger magnate Andy Puzder, has registered his disagreement over many regulations he thinks strangles jobs in the fast-food industry. The head of Hardee's/Carl's Jr., Puzder says that doubling the federal minimum wage to $15 will push outfits like his to full automation more rapidly than otherwise. There's more:

In 2011, he announced that he would stop all restaurant development in the state of California, where CKE is based, and instead focus on opening some 300 restaurants in Texas. California's bulk of regulations could add as much as $50,000 and two years to the cost of opening a restaurant, he told the Associated Press at the time, compared with Texas, where a restaurant could go from a lease signing to opening for business in as little as six weeks.

But what about the "gig economy," new, unconventional, and often part-time relationships between outfits such as Uber or airbnb and workers? Barack Obama, Bernie Sanders, and Hillary Clinton were dead-set against allowing the gig economy flourish and development. In a major speech at the Brookings Institution, Clinton promised to "crack down on bosses who exploit employees by misclassifying them as contractors." The only good job, she averred, was one that looked like the jobs she remembered from her childhood and early adulthood, with clearly delineated divisions between workers and management, standard benefits like insurance and retirement, and more. The Obama administration, various state level pols, and a few activist lawsuits are working to make sure that "gig employees" are treated the same as traditional wage-and-hour workers and offered the same benfits and protections. Which of course will make them more expensive to owners and raise prices to customers. All while reducing the flexiblity the workers themselves might prefer.

Marco Zappacosta, the founder of Thumbtack, which connects contractors and customers, hopes that Pudzer allows the gig economy to proceed without too much interference from Washington, telling CNBC:

"I hope the secretary thinks about all workers and this trend that people are moving toward more independent arrangements," said Marco Zappacosta, co-founder and CEO of Thumbtack, an online platform that connects customers to local professionals for tasks like house painting, personal training and voice lessons. "The biggest one is basically leveling the playing field in terms of benefits and privileges between W-2 employees and independent workers of all stripes." (Disclosure: I know Zappacosta and his father, Pierluigi, served on the board of trustees for the nonprofit that publishes this website).

Based on past statements, Puzder will almost certainly be more hands-off the gig economy than anyone appointed by Clinton. CNBC again:

Puzder credits start-ups as the driver of the U.S. economic engine, calling "entrepreneurial vision and ambition" the invisible hand of America's economy, according to a book he co-authored. Puzder has advocated the repeal of Obamacare and lambasted campaigns to raise the minimum wage or increase overtime pay.

"Far too many politicians believe that government can orchestrate economic activity through regulations and taxation. We beg to differ," Puzder wrote in his book.

Interestingly, critics of the gig economy often want to increase the social-welfare state by shoving the costs of their plans onto employers. That's understandable from a political angle—you don't raise taxes on everyone, you simply businessmen who can afford it, right?—but making labor costs higher through mandates for health care, minimum wages well above market prices, pensions, leave polices, and the like generally doesn't increase the demand for workers, does it? To the extent that it pushes the cost of the next hire above what they could produce for the employer, the job will be automated or covered by existing workers. Old models of employment are always breaking down and being revised. In the 20+ years, I've been at Reason, for instance, we went from essentially zero employees working from home to a largely dispersed workforce and now are re-aggregating in various places. Individualizing your work situation is one of the great wins for many people over the past few decades and experimentation can't happen in a rigid regulatory environment.

It sounds like the Thumbtacks, Ubers, and Airbnbs of the sharing economy will get more breathing space under the incoming Trump team. Which also means those companies customers will too. Which also means their workers—whether technically employees or contractors—will too.