Stories that inspire others to generate bitcoins for the victims of socialism and legal representation for cellphone Romeos. 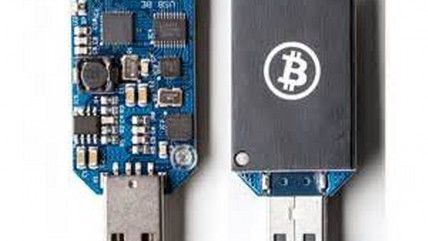 Inspired by Jim Epstein's reporting in the latest (all new! redesigned!) issue of Reason, a cryptocurrency activist has set up a project to help get bitcoin mining rigs into the hands of poor Venezuelans.

The idea is simple, as they explain at their site VeMine: Donate bitcoin to help buy plug-and-play USB bitcoin mining rigs to distribute to Venezuelans who are barely surviving on government aid. In most places, these little devices are curiosities, barely worth the electricity it costs to power them. But in a place where the official currency is virtually worthless and electricity is virtually free, a couple of small miners won't make anyone rich, but they could generate enough extra to make a real difference or at least build some buzz around bitcoin as a longer term solution to government currency manipulation. The guys working on the project—VeMine founder Ira Miller, GitGuild ambassador; Randy Hilarski, 200 Social co-founder; Randy Brito, Bitcoin Venezuela founder; and Erik Voorhees, ShapeShift founder—say explicitly that they were inspired by Reason's story to reach out to people who were suffering.

In a country where cash has lost much of its value, and food and other necessities are dangerously scarce, bitcoins are providing many Venezuelans with a lifeline. The same socialist economics that caused the country's meltdown has made the energy-intensive process of bitcoin mining wildly profitable—but also dangerous.

The best way to fight the over-criminalization of perfectly normal teen behavior is to call out the cops when they try to put kids like Austin in jail, and Reason's efforts on this front are second to none.

What's cool about these examples is that they aren't just about libertarian policy change, though Reason strives for that every day! They're about connections between individuals, free people reaching out to help each other in extremis.

Help us generate more journalism that inspires people to find weird ways to do real good in the world. Donate to Reason today!