And then donate to the magazine that lets you do stuff like that! 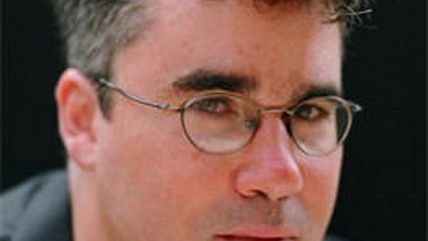 Brian Doherty is the historian of the libertarian movement in America. His big, honking book Radicals for Capitalism: A History of the Modern American Libertarian Movement (PublicAffairs) is the definitive volume on the subject. He has spent the last year keeping tabs on Gary Johnson, Bill Weld, and the Libertarian Party posse, and will continue to be Reason's point man on all things libertarian and Libertarian.

In case that wasn't enough for you, he's also the author of This is Burning Man (Little, Brown), Gun Control on Trial (Cato), and Ron Paul's Revolution: The Man and the Movement He Inspired (HarperCollins/Broadside). So ask him about desert pyrotechnics, guns, or Pauls!

Hit him up over at his Twitter account for an hour today starting at noon eastern, using the #askalibertarian hashtag. And then donate!

Read the whole thing below: