His group project was due later this week. 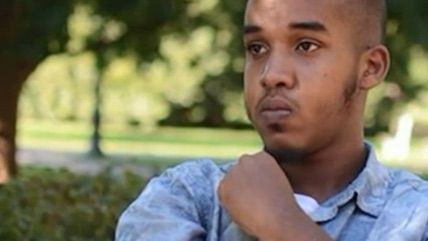 Before he was shot dead while attempting to murder a bunch of people with a car and a butcher's knife, Ohio State University student Abdul Artan—a Somali-born Pakistani immigrant who reportedly became radicalized after learning about injustices committed against fellow Muslims—was enrolled in a class called "Crossing Identity Boundaries."

In fact, he had a group project on "microaggressions" due later this week. The assignment, worth 15 percent of his grade, required students to find a dozen examples of microaggressions on social media and explain which identity groups were the victims, according to the syllabus.

The purpose of the class is to promote "intercultural leadership" and transform students into "actively engaged, socially just global citizen/leaders." It seems to go well beyond merely educating students, though—it actually requires them to become social justice activists.

One of Artan's classmates who was part of his microaggressions group tweeted a screenshot of the assignment and the names of her group's members, which included Artan. None of these students responded to a request for comment.

But I was able to confirm that the microaggressions assignment is indeed a component of the "Crossing Identity Boundaries" class. The course's instructor didn't respond to a request for comment, either.

According to the syllabus, the point of the microaggressions project is to make students "recognize the role of social diversity" and "demonstrate an appreciation for other points of view and cultures."