Will city leaders ever learn? 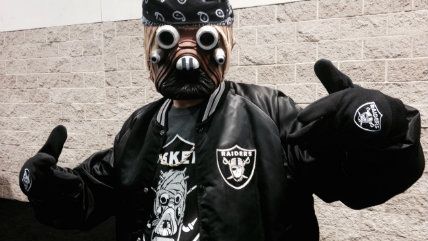 Despite saying it would not be "responsible" for Nevada lawmakers to spend $750 million worth of taxpayer money to lure the Oakland Raiders to Las Vegas, Oakland mayor Libby Schaaf is now out with her own publicly funded deal to keep the team in the city.

As reported by The San Francisco Chronicle, Schaaf is proposing to lease the Raiders' current stadium site—jointly owned by the City of Oakland and Alameda County—to local property developer and former Raiders player Rodney Lott, who would then build the team a whole new stadium. For Lott's trouble, local taxpayers would contribute $200 million toward infrastructure costs and lease him an extra 35 acres of onsite land for retail development.

The city and county for their part would receive an unspecified share of "non-football revenue" coming from the stadium, along with the glittering prize of tax revenue generated from Lott's newly constructed retail outlets.

The hope for Schaaf is that this will give National Football League team owners an "Oakland option" when they vote on whether to approve the Raiders' move to Las Vegas in January 2017.

It's unclear whether this last-minute effort will prove successful. Schaaf requires approval from both the Oakland City Council and Alameda County's supervisors to make good on her proposal, and both bodies remain deeply skeptical.

County officials reportedly took no action when the plan was presented to them last week, as it lacked appraisal by an independent auditor along with detailed revenue forecasting. The city council also reportedly responded to an earlier version of the Mayor's stadium outline with a "flurry of questions" and has not approved this latest iteration.

The plan is reminiscent of a disastrous deal undertaken by the city and county in the '90s to lure the Raiders back from Los Angeles. In 1995, the two local governments agreed to issue $197 million in bonds to pay for renovations and new luxury boxes for the Raiders' stadium, while promising taxpayers that new stadium revenue would cover the debt. When that revenue didn't materialize, however, taxpayers were left holding the bag. Oakland denizens spent $15 million last year alone digging themselves out.

Mayor Schaaf has repeatedly assured her constituents that the new deal will "not repeat the mistakes of the past." Yet based on the outline she has presented, it's not clear how she intends to avoid them.

Indeed, as Reason readers will know, stadium deals are everywhere and always a raw deal for taxpayers. The revenue and jobs they portend to generate rarely materialize, leaving instead a legacy of higher taxes and/or forgone services.

For more on why massive subsidies to wealthy sports franchises are bad public policy, check out this Reason TV feature on the topic: