The president probably won't listen. But he should. 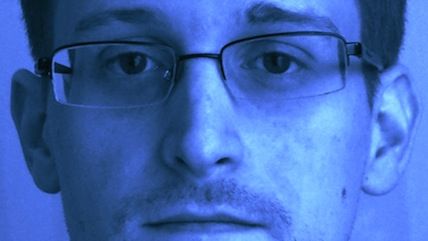 In the wake of Watergate, a Senate committee chaired by the Idaho Democrat Frank Church launched a lengthy investigation into the crimes and other misbehavior of the U.S. intelligence community. Its revelations ranged from CIA assassination plots to politically motivated IRS audits, from the deliberate disruption of dissident groups to the surveillance of the U.S. mail. Now, four decades later, 15 former Church Committee staffers have sent outgoing president Barack Obama and outgoing attorney general Loretta Lynch a memorandum. The letter urges them to "negotiate a settlement of the charges against Edward Snowden," the federal contractor whose leaks exposed the National Security Agency's domestic spying.

Obama clearly has little interest in doing any such thing. But the memo is well worth reading anyway. It outlines some of the most important information that Snowden revealed, and it links his efforts to the committee's earlier exposés of the national security state. "Without Snowden, it would have been decades, if ever, until Americans learned what intelligence agencies acting in our name had been up to," the staffers write. "We know first hand that lack of disclosure can cause just as many, if not more, harms to the nation than disclosure."

They also note the double standard at work when the government throws the book at whistleblowers like Snowden. Even if he violated the law, they point out, "many in the national security establishment who committed serious crimes have received little or no punishment":

CIA Director David Petraeus, who also had been a top general, violated the law and his obligation to protect national security information when he provided his biographer, who was also his close friend, with voluminous notebooks documenting Top Secret military and intelligence operations, as well as sharing classified information with reporters. He also made false statements to the FBI to avoid accountability for his actions. Yet he was allowed to plead guilty to just one misdemeanor for which he received no jail time. Former National Security Advisor Sandy Berger broke the law when he removed several highly classified documents sought by the 9/11 Commission from the National Archives and then destroyed them. He too was allowed to plead guilty to a misdemeanor and received a fine and probation. President Bill Clinton pardoned former CIA Director John Deutch before the Justice Department filed a misdemeanor charge against him for improperly taking hundreds of files containing highly classified information and storing them on an unprotected home computer….

There are, of course, differences between these cases and Snowden's. But the crucial point is that only in Snowden's case was the motivation behind his illegal activity to benefit America. The three others involved efforts to gain glory or avoid criticism, or simple convenience and simple disregard for the law…

As you might guess from that euphemism "close friend"—a more direct description would be "lover"—the authors are striking as subdued and conciliatory a tone as they can. Often they give more ground to the national security state and its arguments than I'd be willing to concede myself. That approach is understandable, given the intended audience, but it will probably be fruitless anyway: While the president has acknowledged that Snowden "raised some legitimate concerns," he also declared that those issues shouldn't "come into play" until "the point at which Mr. Snowden wants to present himself before the legal authorities and make his arguments."

The memo points out a problem with the president's position: