Castro's 'Accomplishments' in Cuba a Load of Nonsense

Cuba has a two-tier healthcare system like all communist countries, lags in other indicators, and lacks basic human rights. 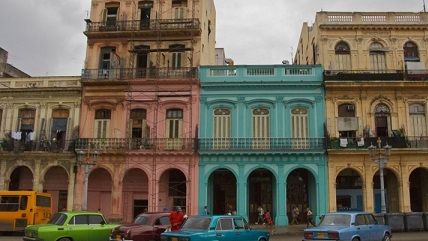 Justin Trudeau sure as heck stepped in it, hasn't he? Of course, the Canadian prime minister was not alone in praising Fidel Castro's "significant improvements to the education and healthcare of his island nation." Here is a compilation of the usual suspects (CNN, MSNBC, NBC, etc.) fawning over the dead dictator's "legacy." And, since fish stinks from the head down, let's not forget President Obama's lionization of the Castro brothers' "accomplishments" when he visited Havana earlier this year.

Sure, our 44th president acknowledged that Cubans are pathetically poor and lack basic human rights, but then he took the sting out of his condemnation of the Cuban dictatorship by saying that the Cuban government "should be congratulated" for giving each child basic education and every person access to healthcare. I wonder if our president would perform a similar rhetorical summersault when talking about General Augusto Pinochet, whose economic policies have turned the once backward Chile into Latin America's richest country in one generation.

Looking on the bright side, at least nobody has claimed that Cuban education and healthcare are of world-beating quality. That Cubans should be literate is to be expected. All communist dictatorships taught their people how to read and then they gave them all the reading material that the government propaganda ministries have managed to print.

When it comes to healthcare, let's get a few things straight. All socialist regimes have had a two tier healthcare system—one for the senior communist party members (with excellent and motivated doctors, and western drugs and medical equipment) and one for the hoi polloi (with apathetic medical staff and shortages of, well, everything). I know this because I grew up under socialism and spoke to Cubans, whose stories are very similar to my own.

And to drive my point about healthcare and socialism home, here is a New York Times story about Venezuela's socialist healthcare entitled, "Dying infants and no medicine: inside Venezuela's failing hospitals."

As I keep telling my progressive friends, all you need to know about a country is whether foreigners are trying to get in (viz. USA) or natives are trying to get out (viz. Cuba). Incidentally, while Justin Trudeau's Canada is a beautiful place, stories like this one, "Canadian Politician Comes to U.S. for Heart Surgery," do not inspire much confidence in Canada's government-run healthcare system.

But let's turn back to Cuba and note the ultimate, almost comical, irony of the Castros' rule. Everything good that has happened under communism would, almost certainly, happen under a different social and economic system. While verified data are difficult come by and need to be cleared from the fog of Cuban propaganda, the U.S. Department of State tried to do just that, by comparing improvements in human wellbeing in Cuba between the 1950s (i.e., the last decade of the hated Batista regime) and 2000.

Let us conclude with data from Human Progress and look at child mortality and life expectancy. Once again, Cuba underwhelms. Between 1963 (the first year for which we have data) and 2015, infant mortality in Cuba declined by 90 percent. It declined by 94 percent in Chile (damn you, Pinochet!) and 86 percent Latin America and the Caribbean (not too shabby, you random assortment of Latin American dictators!).

Between 1960 and 2015, life expectancy in Chile rose by 42 percent and in Latin America and the Caribbean by 34 percent. It rose in Cuba by 25 percent. If this is success, I wonder what failure looks like.