The Fake Epidemic of Fake News

The outrage over fake news is based on fake news about fake news. 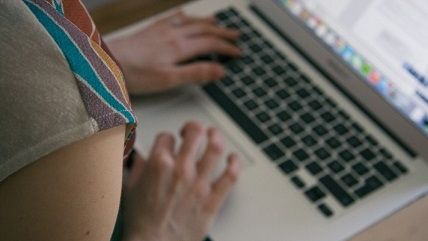 Fake news on social media has gotten so bad that it threatens democracy itself, according to President Obama and a host of other deep thinkers. Why, a recent study by Buzzfeed concludes that fake news beat out real news during the past three months of the election. And we all know how that turned out.

There are at least two problems with this. First, the epidemic of fake news is overstated. Second, fake news is far from new.

The Washington Examiner's Tim Carney took the trouble to look beyond the headline about the Buzzfeed analysis. Turns out the "analysis" was not at all rigorous. It compared only the Facebook engagement metrics—the number of shares, reactions, and comments—for a small handful of stories.

The top fake story—about Pope Francis endorsing Donald Trump—got 960,000 engagements. The top real story, comparing Trump's level of corruption to Clinton's, got 849,000 engagements. If Facebook were the only source for news, that could be alarming—although it's worth noting that engagement does not equal acceptance. How many of the comments on the Pope Francis story amounted to "Yeah, right!"?

But Facebook isn't the only source of news. Consider: The pope story comes from EndtheFed.org. According to Alexa, which monitors internet traffic, EndtheFed.org is the 2,488,992nd most popular website in the world. In the U.S. alone, more than 363,000 websites are more popular. Compare that to the Washington Post, which is the source for Facebook's second-most-engaged story. It ranks 195th in the world and 40th in the United States. In one month, the Post can rack up 770 million page views. Last October it had seven stories that topped more than 1 million page views each.

So: "Fake News Beats Real News" turns out to be… fake news.

In any event, the concern-trolling about fake news likely has more to do with the fact that Trump won—and the top five fake-news stories cited by Buzzfeed all were slanted heavily against Hillary Clinton. This has led to some hand-wringing in the media, which is a bit rich. Most of the media despise Trump, for a simple reason: Much about him is despicable. Yet the hands being wrung in this case are far from clean.

If the fake-news epidemic were real, then Patient Zero wouldn't be Facebook, it would be The New York Times. The Times' record for disseminating agitprop dates back at least to the early 1930s, when Walter Duranty won a Pulitzer for his reporting that denied the existence of famines in Soviet Russia—during a period when millions were dying of starvation.

More recently, The Times has given the nation the Jayson Blair fabrications—which it followed up with the infamous 2004 story, "Memos on Bush Are Fake But Accurate, Typist Says." It followed that up four years later with a story implying that GOP presidential candidate John McCain had had an affair with a lobbyist. (The lobbyist sued, and reached a settlement with the paper.)

Over the years other pillars of the media also have fallen on their faces. NBC News had to confess that it rigged GM trucks with incendiary devices for an explosive Dateline segment. The Washington Post gave up a Pulitzer after learning that Janet Cooke's reporting about an 8-year-old heroin addict was false. In 1998 the Cincinnati Enquirer renounced its own series alleging dark doings by the Chiquita banana company. That same year, CNN retracted its story alleging "that the U.S. military used nerve gas in a mission to kill American defectors in Laos during the Vietnam War." The San Jose Mercury News had to denounce its own series alleging that the CIA was to blame for the crack cocaine epidemic. Rolling Stone just got hit with a big libel judgment for its now-retracted story about a rape at U.Va. And so on.

Then there are the broader deceptions, such as the wide reporting on a church-burning epidemic—a rash of racially motivated arsons targeting black churches in the 1990s. There was just one problem: It was mostly false. Many of the fires were accidental, and those that were not were often started by African-Americans. Made a heck of a story, though.

More recently, many news organizations attacked Mitt Romney's claims that the Obama administration had "gutted" welfare reform. The claim was backed by lots (and lots) of evidence, but media types were not content to call it debatable; they insisted it had been "debunked"—because that's what the Obama White House insisted.

To be fair, professional news organizations that discover flaws in their own reporting admit the mistakes in public and do whatever they can to correct the record. That sometimes entails exhaustive forensic investigations into suspect articles, with full disclosure of the results. Purveyors of fake news, obviously, do nothing of the sort.

Yes, it's troubling to see the circulation of false right-wing narratives on the internet. But that doesn't mean the purveyors of false left-wing narratives should get veto power over what the rest of us read.