America party 'provides an opportunity for students to dress or behave in a way that offends or oppresses others.' 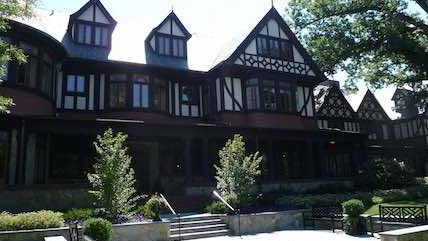 In the wake of Donald Trump's victory, some students and administrators at Loyola University Maryland aren't feeling very American anymore. As a result, they put pressure on the student-government to change its "America" theme party for seniors to something less "alienating, divisive, and harmful."

The theme was chosen last summer, long before Trump captured the White House. But the morning after Election Day, some students immediately began re-thinking the theme.

According to The Daily Caller, one female student told Loyola's Student Government Association that she felt like "a victim of horrible hate words," and expected to be re-traumatized at the party. The university administration intervened as well, pressuring SGA to change course.

"None of it is positive and it sounds very alienating, divisive and harmful," said Executive Vice President Susan Donovan in an email. "We have made progress in providing a welcoming climate on campus and do we want to reverse that progress with a theme that divides us?"

Dean of Students Sheilah Horton fretted that the America-themed party "provides an opportunity for students to dress or behave in a way that offends or oppresses others." She noted that even one negative event could cause the entire community to feel unsafe.

That's all according to emails obtained exclusively by The Daily Caller.