'Fake News' Is Easier to Trace and Debunk Than Ever Before 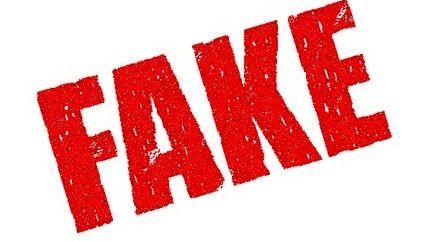 As pundits search for a scapegoat they can blame for Donald Trump's victory, one increasingly popular target is "fake news." Most of the discussion proceeds as though groundless stories transmitted from friend to friend are something invented in the Facebook era. You're lucky if people remember the dubious email forwards of a decade ago, let alone the orally transmitted tales of earlier generations.

But when I hear the phrase fake news, I think of the Eleanor Clubs. Don't feel bad if you've never heard of those: It's been seven decades since anyone was abuzz about them, and even then they were as fictional as the pope's endorsement of Donald Trump or that photo of a bare-chested, gay Mike Pence. But in the early 1940s, quite a few people believed in them. They were even investigated by the FBI.

The clubs—named for First Lady Eleanor Roosevelt, a vocal supporter of civil rights—were supposedly a subversive network of black servants working to overturn the racial caste system, so that one day whites would work for blacks instead of the other way around. Howard Odum, a sociologist at the University of North Carolina, collected versions of this story from across the South (and sometimes from other parts of the country too) in his 1943 book Race and Rumors of Race. The details varied, but the core idea, in the words of one of his informants, was this: "I hear the cooks have organized Eleanor Clubs and their motto is: A white woman in every kitchen by Christmas." Mrs. Roosevelt was supposed to be the clubs' secret chief.

Did the Eleanor Club story injure Eleanor's husband at the polls? No: He kept carrying the South, as the Democrat usually did in those days. But then again, no one—as far as I know—tried to weaponize this particular tale against him. Other rumors were deliberately engineered to hurt particular public figures. These were known as whispering campaigns, and they have been deployed in political fights for eons.

In 1928, Irving Stone writes in They Also Ran, a host of rumors dogged the Democrats' Catholic nominee, Al Smith: "he was building a tunnel which would connect with the Vatican; the Pope would set up his office in the White House; the Catholics would rule the country, and no one could hold office who was not a Catholic; Protestant children would be forced into Catholic schools; priests would flood the states and be in supreme command; Smith would set himself up at the head of a Catholic party which would supersede the old Democratic party!" (These were transmitted not just orally but through the fake-news organs of the day: "A flood of letters, pamphlets and anonymous newspapers swept across the South, rehashing the worst libels against the Catholic church that had been circulated in the United States during the period of 1840–60. One Democratic chairman of North Carolina reported that the anti-Catholic literature that poured into the state must have cost at least half a million dollars.") Smith didn't just lose the election; he managed to lose several Southern states. Did the rumor-mongering swing many votes? Quite possibly.

The point isn't that this is the same as the fakery that flows through Facebook. We live in an entirely different media environment, with possibilities that hardly anyone could imagine in the '20s or '40s. If you told Al Smith that one day there would be Macedonian content farms targeting Trump fans because that's what brings more clicks, he would say, "No offense, my fellow American, but I don't know what the hell that means." 2016 is not 1928, and I'm all for careful efforts to see how this era's rumor transmission belts differ from their many, many precursors.

Consider this image, highlighted and marked up in one anti-fake-news jeremiad that's been floating around:

No, that isn't fake news. It's a true story from a mainstream newspaper, and the fellow sharing it—Mike Caulfield—is the same guy who wrote the jeremiad. His point involves the format, not the content: that the focus is not on "the source of the article, which is so small and gray as to be effectively invisible, but the friendly smiling face of someone you trust." Fake news is easier to believe, he suggests, if it is framed that way rather than as simply another headline.

That may be true. But instead of comparing a Facebook post to a traditional headline, let us compare it to those Eleanor Club yarns. Those too were shared by the friendly faces of trusted acquaintances. But they did not include any citation at the bottom, let alone the ability to click through and read more. They were also less likely to appear side by side with someone making the exact opposite claim. (For all the talk of filter bubbles today, what sort of bubble do you suppose the people spreading the Eleanor Club story lived in?) This may be the first time in human history when a whispering campaign can come with footnotes. Rumors are undeniably resilient, but they are far easier to trace, track, and debunk now than they were when Franklin Roosevelt or Al Smith was running for president.

The bad news is that Facebook is filled with bullshit. The good news is that we now have amped-up, networked bullshit detectors. No discussion of "fake news" will get anywhere unless it takes both of those facts into account.

Bonus link: Needless to say, there's a lot of fakery in the "real" news too, starting with roughly 96 percent of all TV reports that contain the phrase "dangerous teen trend." For a rundown of mainstream-media hoaxes and flubs over the years, check out this column from Jack Shafer.