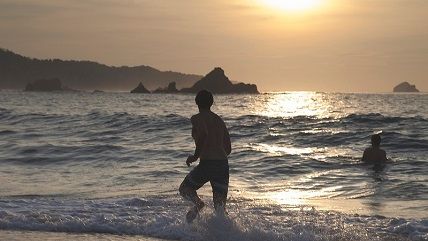 One of my favorite Human Progress datasets comes from the Conference Board and deals with the decline in the amount of work over time. Globally, a worker could expect to work 2,227 hours in 1950. By 2016, however, he or she worked only 1,855 hours. That's a decline of 17 percent.

Over the same time period, global inflation-adjusted income per capita per year rose from $11,578 to $24,400, or 111 percent. Put differently, we are working less while making more money.

Professor Jesse Ausubel, who teaches at the Rockefeller University and is an advisory board member of Human Progress, has just come out with a new paper estimating working time over a much longer period.

As he writes in Working Less and Living Longer: Long-Term Trends in Working Time and Time Budgets, in 1856 a British male worked 149,700 hours over the course of his lifetime. By 1981 that number dropped to 88,000 hours. That's a decline of 41 percent. For women in Britain, it declined by 37 percent over the same time period.

Ausubel found a similar trend in other developed countries. Between 1870 and 1987, working hours in France, Germany, the United Kingdom and the United States declined from roughly 3,000 hours per year to roughly 1,600 hours per year. That's a reduction of 47 percent. In Japan, an outlier, they declined by 33 percent.

In a separate paper, Ausubel estimated the number of hours worked as a share of hours alive. According to Ausubel, in 1960 a British worker spent 11.72 percent of his life working. By 2010 that number dropped to 8.77 percent, suggesting that a typical Briton had more time to spend on leisure and family.

While Ausubel's paper only dealt with Great Britain, it is safe to assume that in a vast majority of developed countries people work less, earn more money and enjoy more leisure time than a half-century ago.