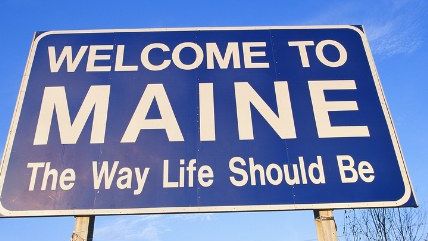 Voters in Maine have given a thumbs' up to a shift in how some votes are counted. Independents, libertarians and supporters of third-party candidates are going to want to pay attention to what happens.

Maine voters have approved Question 5, by a vote of 52 percent to 48 percent. Question 5 introduces ranked-choice voting to statewide races (like governor) and races for lawmakers, both on the state and federal level.

This has the potential to be a major boon to independent and third-party candidates in cases where the Democrats and Republicans put forth two polarizing, unpopular candidates that large groups of people don't want to vote for, just as an example. Voters are left with an option that doesn't make them feel like they're "throwing their vote away" if they vote for a third-party or independent candidate.

If the presidential race had been decided through ranked-choice voting, for example, Jill Stein supporters could have ranked her first, then held their noses and ranked Hillary Clinton second if they wanted to. Assuming that Stein performed at the numbers she did last night, she would be dumped and those votes actually would go to Clinton.

Some cities have ranked-choice voting, but no states as yet. Maine's experiment will be very important to watch for those looking for options to break the country out of the iron grip of two-party rule and the apparent game of chicken with the voters that resulted this year's presidential election. It doesn't necessarily mean an increased likelihood of third-party or independent candidates winning, and that's not how we should grade success. We should look for outcomes like electoral participation, satisfaction with choices, what issues become central to the races, and overall happiness and support for whomever wins.