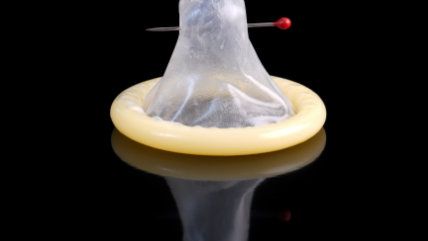 For background on the now-defeated ballot initiative, check out this post of mine from yesterday.

Here's how sex workers and other folks in the adult-film industry have been reacting to the news:

It appears that we've successfully defeated #Prop60. Thanks to @RealJuliaAnn, @tashareign @thejessicadrake & ALL who fought the good fight.

I'm so proud of my industry defeating Prop 60!! In other news, I'm really disgusted with my country treating this election like a joke.

Words can't express my gratitude toward @therealJuliaAnn &her time/energy invested in informing the public. She is the reason prop60 failed!

Looks like #prop60 isn't going to pass! Any other news we missed about people getting fucked without a condom?

#Prop60 win should show people just how much can be done with unity! We conquered big money, critics & the odds! You can make a difference!

I know about the presidency, but #issue6 in Arkansas and #Prop60 here in Cali have me in tears!!!! What a time to be alive!!!

Congrats to all the sex workers who helped raise awareness and inspired people to get out and vote. You guys did it!!! #VoteNoProp60 #Prop60 pic.twitter.com/85CSoF2s6s

To all California residents who voted #NoProp60 and all those that supported it,