The survey research industry is in crisis. Here are some of the reasons why. 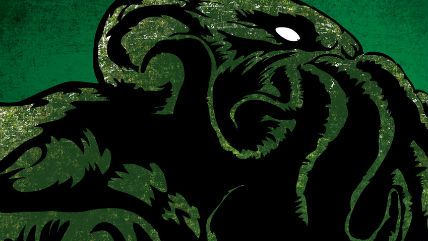 As the poll forecasters, the news websites, and the election betting markets all increasingly point to a win for Donald Trump tonight (Sweet Meteor of Death, help us), more than a few people are likely asking themselves, "How could this possibly be happening?"

Indeed, as recently as this morning FiveThirtyEight had Hillary Clinton with more than a 70 percent chance of winning; HuffPollster for their part had her above 98 percent. Of the last 10 polls in the RealClearPolitics four-way average, nine had the former secretary of state up by between two and six percentage points.

So what went wrong with the polls? It's too early to know, of course. Perhaps there really were "shy" Trump voters who were too embarrassed to admit as much to pollsters.

It seems more likely, however, that the problem is methodological. As I explained in a feature from the February issue of Reason ("Why Polls Don't Work"), modern pollsters face a variety of challenges, from the difficulty of identifying likely voters to the need to rely on guesstimations about how the final electorate will break down demographically. Plus, it's harder to get people on the phone than ever before, and you can't keep them talking to you for nearly as long as you once could.

But the solution is not as simple as assuming the GOP will do better than the polls suggest. Recall that in 2012, many pollsters overestimated the vote share Romney would receive.

So yes, the polls are broken. That isn't a new development this year, though tonight's outcome—if indeed Trump holds on to win—will surely go down as one of the most stunning rebukes the public opinion industry has ever suffered. And what will it take to fix these issues? Cthulhu only knows.