Trump Is Winning, But So Is Assisted Suicide in Colorado 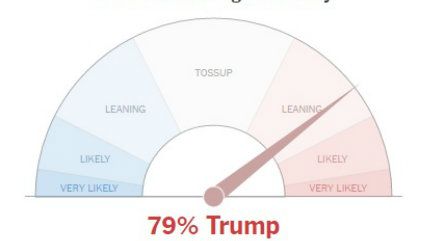 Donald Trump is on track to be the 45th president of the United States.

Both FiveThirtyEight and the New York Times' are projecting Trump as the winning of Tuesday night's election, although at this hour none of the major swing states have been called.

On the other hand, it appears that voters in Colorado have approved a ballot measure to legalize assisted suicide.

For what it's worth, assisted suicide is already legal in California, Oregon, Vermont, and Washington.

So there's always that option.