I voted my conscience for a candidate who is for free trade, immigration, and sane drug policy. And who is anti-war. Might've voted for yours if they were too. 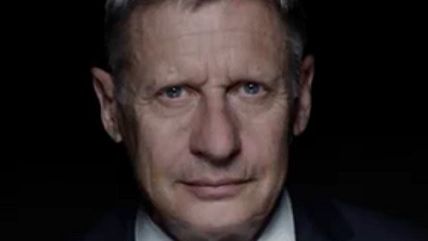 The longer the 2016 election drives into the night, the antsier and angrier supporters of Hillary Clinton and Donald Trump are getting. And for obvious reason: They're worried that this thing is coming down to the wire and is going to be close as hell (which is to say, 2000).

Mention that you voted for the Libertarian Gary Johnson, Green Party nom Jill Green, independent candidate Evan McMillan, or anyone other than the Democrat and Republican and you're likely to get sprayed with some tweet-acid about how, to paraphrase the nativists on South Park, "YOU TOOK ER VOTES!"

@nickgillespie @GovGaryJohnson And now you'll get none of those things with President Trump. But you do get a racist rapist. Good job?

Let's be clear about a few things, shall we?

First and most important, it's a complete fallacy to presume that my vote (according to my conscience) actually belongs to your preferred candidate. Votes aren't preordained to belong to any particular candidate.

Second, election night is a bit late to be worried about who I was voting for and why I voted for him or her. If you're only getting around to noticing that not everyone thinks your preferred candidate is the be-all and end-all now, that's your problem, not mine.

Third, when your temper subsides and the dawn breaks, remember that politics is about building a broad coalition of people with different goals and ideals. If your candidate loses by the amount of ballots cast for Gary Johnson (who by 9:30 P.M. ET had already pulled 50 percent more votes than he did in 2012), think about how you could pull me, Libertarians, Greens, etc. into your coalition. Same if your candidate won.