This Is the Least Important Election of Our Lifetimes 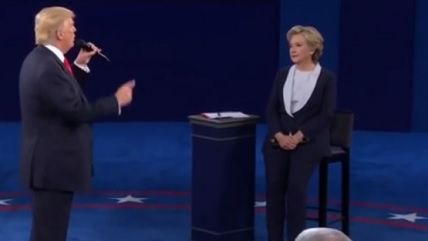 During the 1864 presidential race between Abraham Lincoln and George McClellan, The New York Times published an article that contained this sentence: "We have had many important elections, but never one so important as that now approaching." Though there may have been some truth in this claim, three years into the Civil War means the Times was probably one election too late.

In any event, every candidate or publication that's made comparable declarations since that time regarding the presidential contest being the "most important" election of their "lifetime" or their "generation" or "in history" or "ever" is completely full of it.

That goes for Gerald Ford, who in a debate against Jimmy Carter claimed that the 1976 election was "one of the most vital in the history of America." As it turns out, that was a contest between an accidental president and a highly ineffectual future president. And it wasn't even the most important election Carter would participate in.

It certainly goes for Hillary Clinton and Donald Trump, neither of whom possess the requisite talent, vision or charisma needed to destroy this country in a mere four years. Yet on Tuesday in Dade City, Florida, Clinton finally stated what many in her party (from the president to students to 96-year-old Roger Angell) have been saying for months: "I believe this may be the most important election of our lifetimes." For her, yes. For the rest of us, not so much.

Judging from the histrionic rhetoric we hear daily, most people believe this is the most important election ever. Did you see the meltdown leftist media had after Clinton's ethical tribulations again threatened her chances at the White House? You'd think attacking Clinton were tantamount to attacking the very foundations of "democracy."

Partisans always seem to believe that everything that happens to them right now, at this very moment, is the most important thing that has ever happened or will ever happen to humanity.

Yes, government's increasing involvement in the economic and moral lives of citizens has made political stakes high. It's true that 2016 features the two suckiest candidates probably ever. It's also true that our collective vision of the American project has frayed, perhaps beyond repair. With the intense scrutiny of contemporary political coverage, more people are invested in the daily grind of elections, which intensifies the sting of losing. This anger compounds every cycle (although winning brings its own disappointment with its unfulfilled promises).

That's not to say our constitutional republic isn't slowly dying. It probably is. This condition isn't contingent on an election's outcome but on widespread problems with our institutions, politics and voters. Whatever you believe the future of governance should look like, one election is not going make or break it.

In fact, when it comes to policy, it's far more likely that very little will change over the next four years—perhaps even less than changed with the election of Obama, who had two years of one-party rule before Republicans took back Congress. Last year, Bloomberg Businessweek ran a column headlined "Why 2016 May Be the Most Important Election of Our Lifetime." Like many other similar pieces, it argues that as our politics become more polarized our elections become correspondingly more significant. But our growing divide might be exactly why 2016 turns out to be one of the least important elections in our lifetime.

If providence (or dumb luck) takes mercy on the Constitution, Washington D.C.'s gridlock—an organic reflection of the nation's disposition—will remain the status quo.

Actually, what am I talking about? That's exactly what the Constitution was built to do in a divided nation. The situation will render the next president weaker than most and somewhat contain his or her authoritarianism and poor judgment.

This kind of frustrating environment is likely to cause more recrimination and, unfortunately, abuses of power that are meant to circumvent the congestion. Still, overall, it's better than partisan unilateralism. The situation will not change until we find competent people to put into the White House or politicians with ideas that have some crossover appeal. That time is not now.

Of course, none of this is to completely diminish the importance of the presidential election. Obviously, voters are making a decision about the future of governance. Judges are at stake. Foreign policy is made. There are consequences. But if the republic can't survive a bad executive, then it's already dead.