The Panderer in Chief and the 'War on the American Farmer'

Farmers are such a protected class that it's hard to take the notion of a war against them seriously. 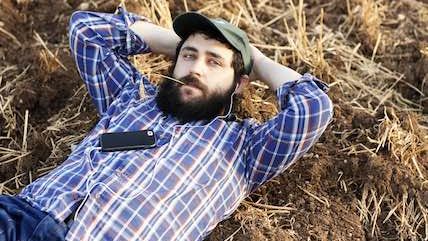 Auditioning for the title of panderer in chief during this election cycle are two potential masters. On one side, you have Hillary Clinton constantly offering "free" stuff, such as college tuition. On the other side, you have Donald Trump promising to protect Michigan's cars, Idaho's potatoes, Harley-Davidson in Wisconsin, Caterpillar in Illinois, and corn-based ethanol in Iowa. But nothing beats Trump's contention that there is a "war on the American farmer" requiring his help to end. The truth is that if there's a war on anyone, it's on taxpayers and individual freedom.

To be fair, there is no doubt that Trump's promises to implement regulatory reform and to eliminate the estate tax would be an improvement for farmers and everyone else. However, farmers are such a protected class that it's hard to take the notion of a war against them seriously.

By the end of 2016, the U.S. Department of Agriculture will have spent approximately $25 billion subsidizing farmers this year and another $10 billion to subsidize other agricultural interests, including rural businesses. Introduced in the 1930s to help struggling small family farms, the subsidies now routinely draw condemnation from both the left and the right as wasteful corporate welfare. Though the number of farms is down 70 percent since the 1930s—only 2 percent of Americans are directly engaged in farming—farmers aren't struggling anymore. In 2014, the average farm household earned $134,164—which is up over 50 percent from 2010 and is 159 percent higher than the income of the average American household.

What's more, only a handful of farmers reap most of the benefits from the subsidies. Traditionally, wheat, corn, soybeans, rice and cotton have taken the lion's share of the feds' largesse. The nonprofit Environmental Working Group reports that "the top 1 percent of farm subsidy recipients received 26 percent of subsidy payments between 1995 and 2014."

As with other crony programs, it might not even be in the farmers' interest to be reliant on handouts from taxpayers, given that economists have repeatedly shown that privileged sectors of the economy often do not receive any actual benefit in the long run.

In farming, for example, the value of the subsidy is capitalized into the price of farmland. So farmers have to pay exorbitant prices for the land entitling them to subsidies. Factoring in these prices, they are no better off as a group. However, while some subgroups of farmers capture the benefits of the subsidies (the ones who own the land), others are worse off a result (e.g., young farmers with less capital looking to purchase land).

In other words, if there is a war on farmers, it is being waged by a federal government that hands out subsidies to a few rich farmers while placing lower-income and younger farmers at a disadvantage along the way.