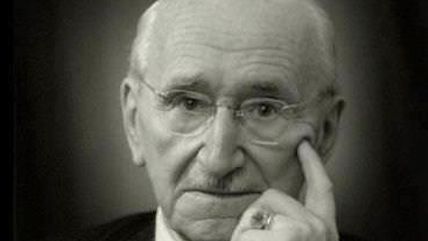 "What's beautiful about language is that people will modify it to suit their needs," Drake Baer writes in New York magazine. He's right: English is not a fixed set of commandments but a constantly evolving spontaneous order powered by innovation and adaptation. Baer highlights a recent example:

Around the turn of this century, a new usage popped into the vernacular: Your guys'. Like a caller ringing the spectacular "Car Talk" radio show: "I wanted to get your guys' opinion." Or in the millennial tour de force, Napoleon Dynamite: "Hey, can I use your guys's phone for a sec?" Or what [Ben] Yagoda has as the earliest entry in Google Books, from a 2002 novel called Impeachment: "Well, it is, but that is your guys's problem."

In this case, your guys' came about to deal with the weakness of the standard possessive form, you guys', which sucks because it sounds just like the nonpossessive you guys when you say it. "Of course, one could differentiate it by treating guys as if it were a nonplural ending in s, adding an extra syllable, and saying 'you guises,' the way one would say 'Jesusez' (for 'Jesus's') or 'the Jonezez' (for 'the Jones's')," Yagoda writes. "But (in my admittedly small sample) I've never heard it pronounced this way, probably because it sounds childlike, if not childish."

I always went with "you guises" myself, but I think it's pretty well established that I'm not a bellwether for anything. In any event, you can read the rest of Baer's post here and you can check out the Yagoda piece he's riffing on here. If you've got any interest in emergent orders, you're likely to find them interesting.

Bonus link: Of course there's a constructed-order side to language too. For an example from the Reason vaults, I give you Turkey's attempt to ban the letters Q, W, and X.