Peacefully, at the polls-not with swords and cannons and Johnny Depp. 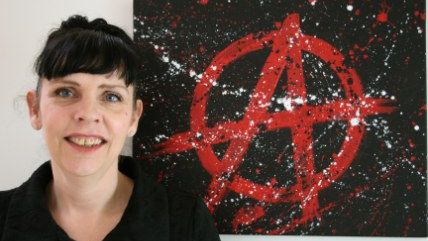 Some Americans (typically on the left) habitually threaten to move to Canada if the presidential election doesn't go their way. Maybe libertarians should look overseas to Iceland.

The small island nation of Iceland (population: 320,000) got a significant amount of attention during the banking crisis by not bailing out its financial institutions. It seemed to have worked out well enough for them.

Iceland has also seen the rise of the Pirate Party as a political force. The Pirate Party is only a decade old, a small political movement focused on intellectual property reform, freedom of information, government transparency, opposition to censorship, and direct democracy. The party supports net neutrality as well, but otherwise, the average American libertarian would likely feel more at home with the Pirates than any other non-libertarian party. Reason has previously noted Pirate Party parliamentarian Birgitta Jónsdóttir trying to help Edward Snowden get asylum in Iceland before he ended up pretty much trapped in Russia.

The Pirate Party had seen some modest success in Iceland, winning three seats in the country's lawmaking body. But after the release of the Panama Papers earlier in the year, interest in the Pirate Party skyrocketed. Americans may have already forgotten about the scandal, part of which was heavily about how public officials in many countries were hiding their wealth outside their home countries and avoiding taxes.

Iceland's prime minister got caught up in the scandal when the papers revealed that he owned half of a company connected to one of the bankrupt banks and sold his share to his wife in order to avoid transparency requirements that went into effect in 2010. There were protests in the tens of thousands (massive, when you consider the size of Iceland's population), and he stepped down in April.

Interest in the Pirate Party boomed in Iceland, and their polling support approached nearly 40 percent in the spring. They've dropped a bit since then, but they could pick up between 18 to 20 new seats in Iceland's parliament if these poll numbers hold up in their election Oct. 29. This would not give them control over parliament but would make them a dominant force.

It's an important trend to pay attention to given the populist insurgencies we've been seeing in the elections both in the United States and in other Western countries. This appears to be just like all these other voter revolts (it's being treated as such in some reporting), but note how different the goals are. There's a push for limiting the power of government and therefore limiting the corruptibility of government that is different from what we're seeing here from Donald Trump and Bernie Sanders supporters. As Nick Gillespie has previously written, there tends to be a paradox that when people don't trust the government, the end result is often more regulation, bureaucracy, and control, not less.

The Pirate Party and their potential success could be an indicator of a counterpush, just as increased in interest in the Libertarian Party's candidate this year gives voice to those who are frustrated with a government who is interested only in perpetuating an agenda that will make it grow more and more powerful over the lives of citizens.

Read more analysis of the rise of Iceland's Pirate Party here. Read a Reddit "Ask Me Anything" (in English) with Iceland Pirate Party representatives here.