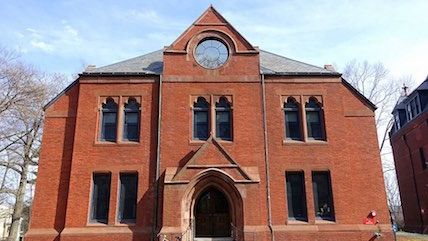 Smith College has hired a third-party organization to run a misconduct "hotline," giving students the ability to report bias incidents 24/7.

EthicsPoint is already in use at Tufts University, Brown University, and Amherst College, according to The Sophian:

The Smith administration has made it clear that this program is not meant to replace the current system for reporting sexual assault, nor is it a 911 service for reporting emergencies. Rather, it is a way for students and staff to report instances of misconduct in a way that allows them to remain anonymous.

What kind of misconduct? Anything, really. There are more than two dozen kinds of violations, according to Smith's website—including bias incidents and harassment. The university defines harassment as "unfair treatment, uninvited or unwelcome verbal or physical conduct," because of "race, creed, color, religion, national/ethnic origin, sex, sexual orientation, gender identity, gender expression, age," or disability status.

That's a fairly broad definition. Verbal conduct should have to be more than just "unwelcome" to count as harassment. Are Smith students not free to criticize other people's religious beliefs, even if it makes them uncomfortable?

Like other bias reporting systems, EthicsPoint allows students to report anonymously—furthering the potential for abuse.

"There is a considerable risk that this will be abused by students since virtually anything could be reported on," Kira Barrett, a junior at Smith, told Campus Reform.