A splendid time is guaranteed for all! 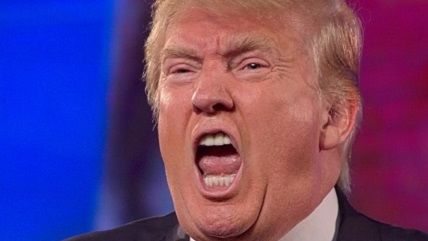 Block, the author of Defending the Undefendable, will be, well, taking the affirmative.

Sponsored by the Soho Forum, the event is free and open to the public, but RSVPs are required.

Here are the details for those interested in attending:

What should libertarians do this election?

Libertarians are deeply divided about the presidential election. Some say the obvious choice is to vote for Gary Johnson. Others say don't vote at all.

Two prominent libertarians, Walter Block and Nick Gillespie, go head-to-head on this question, with Block advocating for Donald Trump, and Gillespie for Gary Johnson. The resolution to be debated has been framed as follows:

"Libertarians should vote for Donald Trump
in the presidential election."

Block will take the affirmative, Gillespie the negative.

The evening will include a 30-minute Q&A, and both debaters have been invited to stay for our wine-and-cheese reception afterwards. Your chance to bring sharply-worded challenges to the case for Trump and the case for Johnson.

Walter Block is the Harold E. Wirth Eminent Scholar Endowed Chair in Economics at Loyola University, and an Adjunct Scholar at the Mises Institute. He is also chief organizer of Libertarians for Trump.

Nick Gillespie is the editor in chief of Reason.com and Reason TV, and co-author of The Declaration of Independents: How Libertarian Politics Can Fix What's Wrong With America.

Walter and Nick will provide a thrilling pre-election debate, and we're delighted to have them join us at The Soho Forum!

Tickets must be reserved in advance.