Why Is The FDA Dragging its Feet on Admitting Snus is Safer Than Smoking?

Snus is safer than smoking and helps smokers quit, but the FDA can't seem to admit that. Big Pharma wants to keep it that way. 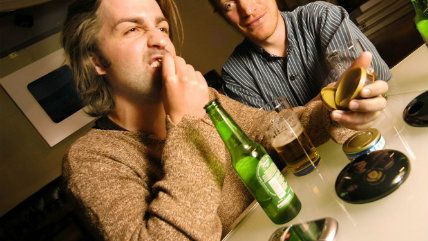 It's now been a full year since the Food and Drug Administration signaled that it was nearing a decision on whether a Swedish-made tobacco product could be marketed in the United States as a less-harmful alternative to smoking.

What's taking them so long?

Stockholm-based Swedish Match won permission from the FDA in November 2015 to sell its smokeless tobacco products, known as "snus," in the United States. Snus consists of a small packet, similar to a tea bag, filled with tobacco powder. It is placed in the upper lip, in a manner similar to chewing tobacco or "dip" but does not require chewing or spitting.

Snus is popular in Sweden and has been credited for the fact that Sweden has one of the highest tobacco consumption rates in Europe but has the continent's lowest rate of smoking-related deaths. That's largely because Swedes don't smoke. They snus.

Can it be proven that snus is safer than smoking? Swedish Match thinks so. In addition to filing for permission to sell snus in the U.S., the company asked the FDA to allow snus products to the labeled as a safer alternative to smoking. In the application filed with the FDA in June 2014, Swedish Match argued that it could provide a public health benefit by getting Americans to switch from cigarettes to snus and proposed a label that says "no tobacco product is safe, but this product presents substantially lower risks to health than cigarettes."

That application was the subject of an FDA hearing in April 2015. At the time, an advisory panel ruled against Swedish Match's proposal to alter the mandatory warning labels affixed to their products. That, however, was merely an advisory opinion, and observers following the FDA's process say the federal agency signaled in October 2015 that a decision was near. A year later, Swedish Match is still waiting.

The company obviously has an interest in being able to pitch itself as a safer alternative to smoking—allowing it to stand-out from other forms of smokeless tobacco by stripping away dire warnings about mouth cancer, tooth decay and gum disease—as Swedish Match tries to grow its share of the U.S. market.

Still, this is about more than just marketing. Studies have shown that snus is indeed a safer alternative to cigarettes. For starters, not inhaling combustible material is always a good decision, health-wise. A peer-reviewed study published in Tobacco Control found that snus delivers high levels of nicotine with lower concentrations of other chemicals found in cigarettes. Snus "does not appear to cause cancer or respiratory diseases" and cardiovascular risks from using snus were lower than with smoking, the same study found.

A study conducted in Norway and published in Nicotine and Tobacco Research found that using snus was much more effective at getting smokers to quit using cigarettes than nicotine replacement products like patches and gum. Snus-ers were three times as likely to quit smoking as smokers using nicotine gum, the researchers found. They believed snus was so effective because it delivered a nose of nicotine that was almost the same as cigarettes and provided a "sensory effect that medicinal nicotine products perhaps lack" because snus smells and tastes like tobacco.

"In light of all the available evidence, the banning or exaggerated opposition to snus in cigarette-rife environments is not sound public-health policy," concluded Brad Rodu and Philip Cole, researchers at the University of Alabama at Birmingham, who reported in 2007 that 200,000 smoking-related deaths per year could be prevented if tobacco uses across the whole of the European Union adopted snus at the same level as Swedes. (Snus is banned in most of Europe, even though cigarettes are legal, an arrangement that Reason's Jacob Sullum has described as "banning bows and arrows as an intolerable threat to public safety while allowing a free trade in machine guns.")

While there's still some question about how dangerous snus might be—one study in Sweden found a potential link between snus and pancreatic cancer, though the same study found that snus users are no more likely to get lung cancer (a far more deadly form of the disease) than nonusers—there is little doubt that snus is safer than smoking.

Why, then, does the FDA refuse to acknowledge that point?

Politics likely play a role in the FDA's foot-dragging. Remember that study from Norway that suggested snus was more effective than pharmaceutical products at getting smokers to kick the habit? It's a sure bet that American pharmaceutical companies saw those results too, and they're not keen on facing more competition in the anti-smoking marketplace—that's why big pharmaceutical companies also have supported the FDA's unreasonable crackdown on electronic cigarettes, another product commonly used by smokers who want to quit.

It's worth noting that Mitch Zeller, director of the FDA's Center for Tobacco Products, is a former lobbyist for GlaxoSmithKline, a major pharmaceutical company that happens to manufacture Nicorette Gum.

Dr. Gilbert Ross, of the American Council on Science and Health, told the Winston-Salem Journal that Zeller's appointment to run the Center for Tobacco Products carried an obvious conflict of interest, since Zeller "has been in the business of promoting FDA-approved traditional NRT [nicotine replacement therapy] products, while (not surprisingly) he has been in the forefront of opposing consideration of alternative cessation products such as snus and e-cigarettes."

Approving Swedish Match's application to pitch snus as a safer alternative to smoking would probably save American lives, but it would create more competition for Nicorette gum and other pharmaceutical stop-smoking products like Chantix.

If it were to deny Swedish Match's application to advertise snus as a safer alternative to smoking, the FDA would have to explain why it believed snus was equally dangerous as smoking—despite all evidence to the contrary. By sitting on its hands for a year, Zeller and the rest of the FDA has avoided committing to being on the side of science or on the side of Big Pharma.