Hey kids! You're paying for entitlements you won't get, subsidizing health care for old people who are rich, and fighting senseless wars. 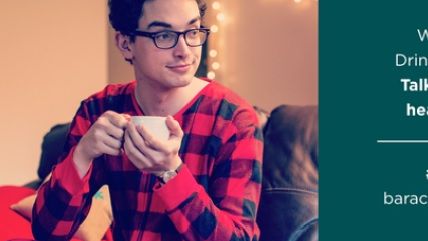 UPDATED AT 2:48 P.M.: Second YouTube embed below is the full interview with Johnson; well worth a look-see.

Immediately after last night's final presidential debate, Libertarian Party presidential nominee Gary Johnson appeared on ABC's Jimmy Kimmel Live! to discuss a wide range of topics, including debt and deficits, marijuana legalization, foreign policy, and whether the former two-term New Mexico governor plans to run again in 2020 (answer: no). Here's Johnson explaining why he's polling well among millenials. It's worth a quick watch, as it lays out the mostly undeclared generational warfare that has been rolled out through most of the 21st century. Younger, relatively poor Americans are being forced to pay for the health care, retirement, and safety of older, wealthier people. The big catch? Those same entitlement programs are unsustainable, so they will be long gone by the time that millennials expect to collect on their "investments."

Note: It's not exactly clear what Johnson when he says he's winning millennials. Yes, he's doing quite well with voters under the age of 35 and past polls showed him leading with voters between the ages of 18 and 24. But Hillary Clinton holds a massive lead among millennials, with a recent USA Today/Rock the Vote poll giving her 78 percent, Donald Trump 20 percent, and Johnson 8 percent.