Instead of Erecting New Barriers For Ridesharing, Cities Should Deregulate Taxis

That allows for fair competition on a level playing field, and lets consumers choose which service they prefer. 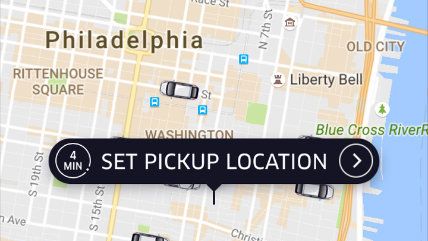 Outdated transportation regulations might limit competition from ride-sharing services in places like Philadelphia, but in the long run those same regulations are spelling doom for taxi companies.

Right now, many cities and states are trying to find ways to jam ride-sharing services into old regulatory structures that have been around since the Great Depression. Often, they are doing so at the behest of taxi companies, taxi driver unions and other incumbent interests.

"It gives the established taxi companies almost a veto power over new taxi companies," says Michael Farron, a research fellow at the Mercatus Center. "We're kind of at a point where the old horse-and-buggy whip manufacturers are complaining about the new automobiles, except now it's the taxi drivers complaining about ride-sharing."

Is there a better way for public officials to deal with this conflict between taxis and Uber?

On this week's edition of American Radio Journal, I chat with Farren about how taxi companies could also benefit from broad deregulation in the transportation sector.

By requiring taxi medallions and using other regulatory mechanisms to limit the number of cabs, government agencies like the Philadelphia Parking Authority have protected taxi companies' bottom lines for decades. That's led to a stagnant market with little room for innovation or entrepreneurialism, Farren says. In short, that's why taxi services haven't changed much in decades: there's been no motivation to evolve.

Philadelphia is still trying to freeze out ride-sharing in the name of protecting taxis, but other cities, like Miami, have taken a smarter approach by removing regulatory hurdles for taxi companies rather than trying to erect new ones for ride-sharing. That allows for fair competition on a level playing field, and lets consumers choose which service they prefer.

Listen to my whole conversation with Farren here.