For the First Time Ever, Feds Focus on How a College Violated Accused Student's Title IX Rights 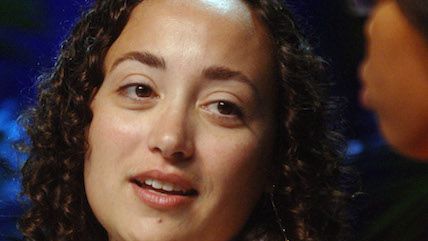 It finally happened: the Office for Civil Rights came down on the side of a male student who was accused of sexual harassment.

In its settlement with Wesley College, the Education Department's Office for Civil Rights actually found college officials guilty of violating the students' Title IX rights by failing to give him an opportunity to argue his innocence.

This is an unprecedented case: In the past, Title IX has almost always been used as a pretext for denying fundamental due process rights to students accused of sexual misconduct. The Wesley settlement proves that OCR recognizes some limits on the ability of colleges to banish students without a fair hearing.

OCR's investigation stemmed from a March 2015 incident: several male students made a video of a male and female student having sex. The video was made without the female students' permission, and four students involved in its production were expelled within a week, according to Inside Higher Ed.

One of these students claimed he wasn't involved. The female agreed, and even told the college that she knew this student wasn't responsible. But the college essentially refused to consider her testimony—the wrongfully expelled student was told he would have to appeal the decision. He did so, and the college rejected his appeal.

Believing his rights were violated, the expelled student's mother filed a Title IX complaint on his behalf:

During its investigation, OCR found that the college not only ignored the accused student's right to due process but also its own established policies and procedures.

The college never interviewed the four accused students, and administrators never provided the men with a copy of the incident report or the college's investigative findings. The college imposed an interim suspension ahead of the hearing, banning the students from campus and attending class, while not giving them an opportunity to challenge the suspension. The college's Title IX policy specifically stated that accused students must be interviewed, provided with relevant documents and given a chance to show why an interim suspension would not be necessary.

As part of the settlement, Wesley College must reinvestigate his case—although he already graduated from a different college.

The Foundation for Individual Rights in Education told Inside Higher Ed that this outcome is a nice change of pace for OCR, but the agency's fundamental misapplication of Title IX is still a major problem:

To read more on the legal challenge to Title IX, go here.

Updated at 11:15 p.m.: According to Tyler Kingkade of BuzzFeed News, OCR has found in favor of an accused student at least one other time. But this is the first time the agency's decision has focused so specifically on an accused student's mistreatment.