Is Religion in the Crosshairs?

Don't confuse private pressure with repression by the state.

Stephanie Slade | From the November 2016 issue 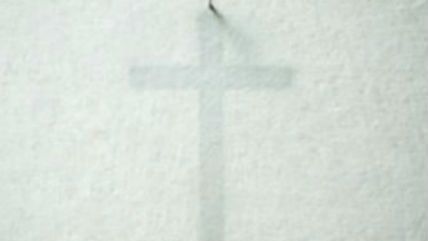 It's Dangerous to Believe: Religious Freedom and Its Enemies, by Mary Eberstadt, HarperCollins, 192 pages, $25.99

In December 2015, the state of Oregon seized the contents of Melissa Klein's checking and savings accounts. A judge had ordered the bakery owner to pay $135,000 as punishment for declining, on the basis of her religious beliefs, to make a cake for a same-sex wedding. She objected, pledging to appeal the ruling to the Supreme Court if necessary, so the state's labor commissioner took the money by force.

One month earlier, a black teacher named Madeline Kirksey lost her job at a Texas day care center, allegedly for refusing to call an anatomically female 6-year-old student by a boy's name.

Question: What do these two incidents have in common?

Answer: It depends entirely on your ideological persuasion.

For progressives, both are social justice victories. In each case, this view goes, a religious bigot attempted to impose her beliefs about morality on other people and the authorities slapped her down for it.

For conservatives, both show a heavy-handed secularism working to stamp out traditional mores. Descriptions of these incidents appear together, in fact, in the introduction of It's Dangerous to Believe, a new book by the Catholic writer Mary Eberstadt, as commensurate examples of the "soft persecution" that increasingly befalls Christians in the West.

For libertarians, the two are really not alike at all.

To follow the latter logic, you need to distinguish between public and private behaviors. Where the state can use coercion and compulsion, private actors must turn to persuasion and negotiation. Because private individuals operate in the realm of voluntary interactions, they have to accept that sometimes they won't get their way. (To the demand "Work for my company!" a person can say "No!" To the demand "Pay your taxes!" there is no legal right of refusal.) So what happened to Melissa Klein, who was punished by the state, and what happened to Madeline Kirksey, who was punished by her employer, are different not just in degree but in kind.

The core weakness of It's Dangerous to Believe is a failure to draw this conceptual distinction between governmental oppression and mere social stricture. Truly egregious violations of people's rights (a campus police officer shutting down a street preacher by falsely claiming it's illegal "to offend the students") are listed alongside nonviolent pressure (former Mozilla CEO Brendan Eich resigning after the internet masses learned he supported an anti-gay marriage initiative). "Consider today's unprecedented legal and other attacks on Christian colleges, Christian associations and clubs on campuses and elsewhere, and Christian homeschooling," Eberstadt writes. Then, without a beat: "Or the range of tactics of intimidation, shunning, and smearing now deployed against religious traditionalists."

There is, to be sure, a case to be made even against the latter form of punishment. Most lists of libertarian virtues would include the acceptance of unpopular beliefs and lifestyles, after all. And Eberstadt compiles a damning catalog of evidence that the left has indeed abandoned its own "secular-progressive standards of tolerance, diversity, and freedom for all" in a single-minded drive to penalize cultural conservatives for their wrongthink.

She points, for example, to the pattern of "disinvitations," in which colleges revoke requests for politically radioactive figures to speak on campuses. Then there's the story that lawyer and National Review staff writer David French relayed from his time working admissions at Cornell Law School: "The committee almost rejected an extraordinarily qualified applicant because of his obvious Christian faith (he'd attended Christian college, a conservative seminary, and worked for religious conservative causes). In writing, committee members questioned whether they wanted his 'Bible-thumping' or 'God-squadding' on campus." French said he had to intervene to stop them from dismissing the candidate on those grounds alone.

Lefty groups like the Southern Poverty Law Center label pro-religious liberty groups like the Becket Fund and the Alliance Defending Freedom as "extremists," Eberstadt notes, and they compare conservative scholars and traditionalist organizations to neo-Nazis and the Ku Klux Klan "using blood-red graphics and repeated blaring of the categories HATE & EXTREMISM and THE YEAR IN HATE." She argues all this is driving Christians into "a brand-new closet" for fear of "public ridicule, shaming, and professional setback."

None of this involves persecution by the state, yet there is something deeply illiberal about seeking to shout down unpopular ideas, even if the means for doing so are not governmental. In the end, Eberstadt is simply pleading for civility and open-mindedness from her secular foes—for an honest embrace of the pluralism that lefties so often claim to champion.

"Acknowledging that we all have 'the right to be wrong' is the only way out of the fundamental issues posed by the diversity of humanity itself," she writes. People living peacefully together despite their differences—what could be more libertarian than that?

Still, the public square is where such debates are supposed to happen, with all the messiness and vitriol that disagreements about fundamental values often entail. You have a right not to be forced to violate your beliefs, one might say—but you don't have the right not to be made to feel bad about them. However ugly and punitive the treatment of cultural conservatives may have gotten—and Eberstadt makes a convincing case that it has gotten very bad indeed—it's still preferable, and vastly so, to coercive government interference.

This is important to remember for two reasons. First, because the progressive state really is on the warpath. It's Dangerous to Believe offers a litany of ways government is impinging on conservative Christians' right to freely live out their faith. The Obama administration has insisted that an order of nuns who run homes for the elderly poor must facilitate contraception access for their employees. At least three states have forced Catholic adoption services to shutter because they refused to place children with same-sex couples. The American Civil Liberties Union has filed a lawsuit to compel religious hospitals to perform abortions. Nondiscrimination ordinances require wedding vendors like Melissa Klein to participate in services they find morally objectionable.

These actors want to make it illegal to exercise your religion in ways they don't like. That's a far more troubling development than someone not treating cultural conservatives with respect.

But there's a second reason not to wring your hands too much over nonviolent social pressure: That freedom goes both ways. It might seem intolerable to conservatives that progressives can choose to get people fired for professing traditional beliefs and that prestigious universities can choose to discriminate against Christian applicants. But it seems equally intolerable to many progressives that a florist or photographer should get to decline to work at a gay wedding, a sidewalk preacher should have the right to publicly proclaim the dangers of casual sex, and a conservative business owner should be able to decide not to provide contraception coverage to her employees.

If people of faith are allowed to make choices based on their values, the same has to go for their secular counterparts. As Eberstadt writes, "one's liberty isn't safe until everyone else's is protected." She's right—even when it leads to unpleasant outcomes.