He kept the photos: for evidence. 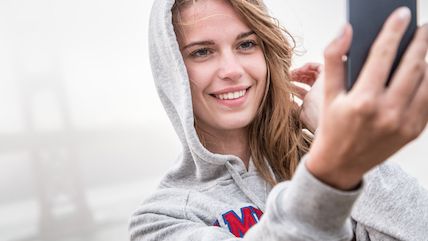 A man who found out that his 15-year-old stepdaughter was sexting her boyfriend proceeded to download the evidence to bring it to the school and the police to ask them to intervene.

Oh dear, readers. You know where this is heading. Intervene they did. Now the dad has been convicted on child pornography charges and placed on the sex offender registry. This, despite the judge understanding exactly why the man, Ashan Ortell, 57, held onto the images.

"There is no suggestion of any exploitation of them by anybody," ruled Judge Jane Patrick, over in Australia, which is becoming as daffy as the United States. "You made no attempt to conceal the images. In fact, you were so concerned that you contacted the authorities about the images."

But who cares about good intentions? The judge ruled him a kiddie pornographer anyway. That shouldn't ruin his life or anything, right?

It all went down like this, according to the Sydney Morning Herald (not for nothing are its initials SMH):

In a case that could have consequences for parents concerned about sexting, 57-year-old Ashan Ortell was sentenced in the County Court this week after admitting to copying the naked images on to a computer and USB stick.

Despite warnings he could be prosecuted, Ortell kept the pictures because he was not satisfied by the response from police and the girl's school. He had informed them about the sexual photos his stepdaughter had sent to her boyfriend.

After refusing to delete the pictures, Ortell's computer and USBs were seized in multiple raids by police in 2013. They found 18 images on the devices.

Judge Patrick ruled that while his case was unusual, under no circumstances can a person hold onto sexual pictures of children. Having pleaded guilty, Ortell now has to register as a sex offender for eight years.

The ridiculous advice the Victoria police are giving to parents in the wake of this case is: Talk to your children about sexting "and encourage them not to communicate with people they don't know."

Well, okay. How would that have helped? The girl was definitely communicating with someone she did know: her boyfriend. I'm also guessing that talking to your kids about sexting is like talking to them about abstinence. A few may pay heed, but many won't.

As if the cure isn't worse than the crime.