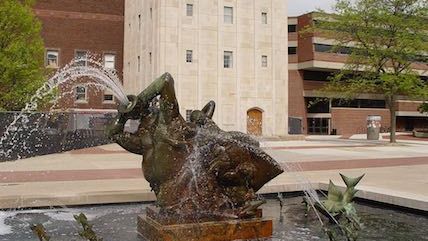 The University of Michigan will spend an additional $45 million on new diversity efforts, including a cultural sensitivity training program that will involve the continuous monitoring of students' progress toward greater inclusivity.

What little we know about the program is concerning. The ultimate goal is to subject all students to the "Intercultural Development Inventory" or a similar test that assesses cultural sensitivity. Individual students will then be given "learning plans" that are specifically tailored to them, based on how well they did—in other words, students who are judged to be too insensitive might be given more work to do.

Later, students will take another assessment to ensure that they are making progress.

What is the Intercultural Development Inventory? It's a questionnaire and consultation service. The College Fix's Dave Huber has some experience with this kind of thing:

Unfortunately, I encountered that sort of "training" once. Here was a person whose only "experience" was a day or two-long seminar to become a cultural/diversity "facilitator," and she was lecturing yours truly on Hispanic culture … even though I had studied and lived in Latin America for quite some time.

To say her lesson was full of laughable stereotypes would be an understatement.

It's always a plus to learn more about other cultures. But learning about them is one thing—accepting them as equally valid is quite another. Some people might think—rightly, in my view—that certain post-Enlightenment values of the West are actually morally superior to backward notions about, say, blasphemy, that are still quite popular in the Middle East. In any case, students shouldn't be required to accept the values of other cultures as a precondition of continuing to dwell on campus. Furthermore, the proper place to have conversations about cultural relativity is the classroom: university administrators have no business usurping the faculty and seeking to instruct students as to what they should and should not think.

There are two great ways to increased actual diversity at the university. One, lower tuition, so that disadvantaged students can actually afford to attend. Two, prioritize the hiring of faculty members who hold a diverse range of views (at most universities, this would mean hiring more conservative and libertarian professors).

UM, like so many other institutions, isn't actually committed to increasing diversity. It's committed to spending a lot of money on five-year-plans filled with meaningless buzzwords. And it's committed to contracting, rather than expanding, the range of acceptable opinions on campus.