In Scotland, the state becomes mother-in-law in chief.

Lenore Skenazy | From the October 2016 issue 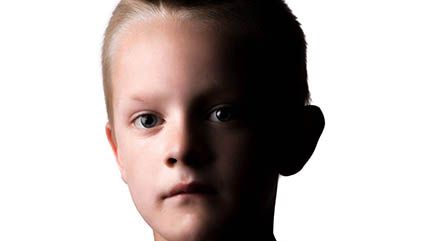 "Crusts on his face from nasal discharge." That was just one observation in the 60-page report compiled on a healthy, happy, and apparently snot-nosed 2-year-old, under a new parenting surveillance program in Scotland.

Under the Named Person Act, a professional will be assigned to every child born in that country, and one of these "named persons" will watch how the child is parented for the next 18 years.

You read that right: A government-appointed busybody will oversee the upbringing of every child from the day she is born until she's no longer a minor.

In August the program becomes mandatory throughout Scotland. But for the past two years it has been rolling out sporadically. After eight months of badgering, one dad managed to get the named person report that was being composed on his two young kids.

That's the document that lists the crusty nose. It also contains an entry about his son's thumb-sucking habit. According to an article in The Scotsman, the report referenced "a blister which had appeared on the toddler's thumb as a result of the childhood habit."

A toddler sucks his thumb and a bureaucrat is recording this? Actually, it's worse than that. Elsewhere in the heavily redacted report, there's a reference to one son's diaper rash—giving new meaning to "security leak."

What could compel the government to gather such pointless, private information? The answer is, as always, the safety of our beloved children. After Scotland suffered the deaths of three kids who slipped through the social services cracks—two killed by their mom's boyfriends, one by a dad with a history of violence—article after article screamed that the danger should have been obvious and the children were betrayed by the system. "Social Workers Failed to Save Murdered Girl" read a typical headline. From then on, lawmakers vowed that no child would ever slip through again. Government being government, it naturally decided that the only way to right things would be…more government. From now on, it would hire people to scrutinize every single child's upbringing.

In other words, instead of trusting parents to look out for the best interests of their kids, the state has given that time-honored job to itself. (Yes, the same state that missed those tragic cases.) It has elected itself the nation's mother-in-law in chief.

If you think that that couldn't happen here in America, think again. I hear regularly from parents being investigated for benign things like letting their kids play outside or wait a few minutes in the car. An onlooker sees a child unsupervised and calls 911, and child protective services opens an investigation. One mom whose 8-year-old son walked solo to school last November is still enduring twice-a-month home visits from state social workers. As in Scotland, the authorities here seem to proceed from the assumption that all parents are child abusers, or at least negligent laggards, until officially observed not to be.

So in addition to looking for signs of physical abuse, the named person—a visiting nurse when the child is very young, and the child's guidance counselor or school principal after that—is also tasked with making sure the child is safe, healthy, achieving, nurtured, active, respected, responsible, and independent ("SHANARRI" for short). This is the Scottish "well-being" index.

While the government pledges that the named person "will only offer advice or support in response to a request from a child or parent," it adds "or when a wellbeing need is identified."

That opens up a can of worms bigger than Scotland itself. Who determines how nurtured is nurtured? How independent is independent? One government website gave this example: Kids who get to decide how to decorate their rooms count as being respected.

But if they don't get to, then what? Are their souls crushed? Can the government step in?

"In most circumstances, the child or young person and parent(s) will know what information is being shared, with whom and for what purpose, and their views will be taken into account," another government website explains.

Taken into account? So the government will graciously let the parents have a say in how their kids are raised…usually? What if I think my kid is ready to walk to school but the authorities think it's too dangerous. Presumably, they win.

Officials defend the program by saying it gives families who need assistance a single point person to contact. But of course, a decent switchboard could accomplish the same thing. You call and ask how to get your child into a special-needs school, or who to talk to about tutoring. There's no need for a network of family spies, just a 311 number.

Andrew Smith, the pseudonym of the man who got his kids' named person's report, told The Scotsman he felt "angry and powerless" when he read it. No parent is perfect every second, which is why this program is so insidious: One damp diaper and the government is allowed to weigh in.

Fortunately, there is a legal challenge being mounted to the program, claiming it breaches the European Convention on Human Rights. And it now sounds like even the politicians who were originally gung-ho about the law are having some reservations. Scottish Labour Leader Kezia Dugdale, for instance, originally called opponents of the act "ignorant" but later conceded that the whole thing's "a mess."

But for right now, the Named Person Act stands as the perfect example of what happens when the government decides children are so fragile and in such grave danger from everyone and everything (even sucking their own thumbs) that they need not just a mother, but a brother.