Whether Jackie's lies and Sabrina Rubin Erdely's mistakes satisfy 'actual malice' is a question only a jury can answer, judge rules. 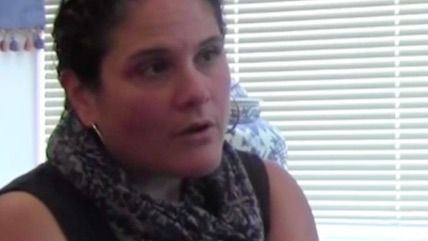 Nicole Eramo, the University of Virginia dean maligned by Rolling Stone's debunked gang rape story, will get the chance to argue to a jury that she was maliciously defamed by the magazine.

Eramo and Rolling Stone had both filed for summary judgment on key assertions. Conrad granted some of them and denied others. The bottom line, however, is this: in the judge's view, Eramo's case is strong enough to justify a jury trial.

That's a significant win for Eramo, albeit a partial one. Rolling Stone prevailed in a critically important aspect: the judge agreed with the magazine that Eramo is a public figure rather than a private figure. This distinction matters, because court precedent holds that defamatory statements against public figures should be held to a higher standard. Since Eramo is a public figure, she must prove that the statements made about her weren't just wrong, but were motivated by "actual malice"—that Rolling Stone knew, or really should have known, it was lying about Eramo when it published the article in question.

But in virtually every other respect, Eramo has reason to celebrate. That's because the judge found ample evidence that a reasonable jury could conclude Rolling Stone acted with actual malice.

"While ill will or intent to injure alone is insufficient to show actual malice, plaintiff has also advanced evidence indicating Erdely had a preconceived story line, did not adequately investigate in the face of contradictory information, and had a reasonable basis upon which she would likely understand that her portrayal of Eramo was inaccurate," wrote the judge. "The court believes that a reasonable jury could infer actual malice in light of this record."

To be clear: the judge did not say that Rolling Stone acted with actual malice—he said the idea cannot and should not be dismissed outright before a jury can consider it.

The judge also declined to issue a definitive opinion on whether Rolling Stone's December 5 Editor's Note—which was published two weeks after the initial article—made Eramo look better or worse. Eramo has argued that the Editor's Note represents actual malice: by December 5, the editors knew the story was false, but instead of retracting it, they re-published it with an insufficient disclaimer, her lawsuit claims. Rolling Stone has countered that the Editor's Note was "an effective retraction." This will be a matter for the jury to decide, according to the decision.

To my mind, this is one of the stronger aspects of Eramo's lawsuit: essentially, Eramo has claimed that Rolling Stone continued to expose new readers to false information about the dean, long after its editors admitted to realizing the story was false. And she will get to make this case to a jury.

Of course, the jury could well conclude that Rolling Stone's numerous failings aren't substantial enough to satisfy an actual malice test, and that the Editor's Note was a retraction rather than a re-publication. We'll find out in the months to come.