"People want to be able to press on their smartphone and request a ride," says commission chairman, stating the obvious. 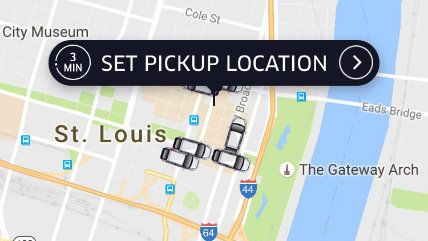 After trying to drive ride-sharing companies out of the city with the threat of fines and lawsuits, the St. Louis Metropolitan Taxicab Commission on Tuesday decided to embrace competition and announced plans for a smartphone app that will compete with the likes of Uber and Lyft.

"People want to be able to press on their smartphone and request a ride," Ron Klein, director of the commission and stater-of-the-obvious, told the St. Louis Post-Dispatch.

They're a few years late to the game, but cheers to the commission for discovering that competition drives innovation. The new app won't be ready until next year, but the Post-Dispatch says it will link all the cab companies operating in the city (some of which have already developed their own apps), letting users see all cabs and choose the one closest to them regardless of what company owns it.

Even as the cab companies in St. Louis are innovating to compete with the likes of Uber, they're still relying on a decades-long relationship with government to strong-arm competition out of the market. The Metropolitan Taxi Commission has spent the summer issuing tickets to Uber drivers because ride-sharing is still technically illegal in St. Louis because of state law (lawmakers in Jefferson City tried but failed to pass an Uber bill this year).

Under the current law, Uber drivers would have to be licensed as chauffeurs, which requires passing a background check and being fingerprinted (along with paying annual licensing fees).

Weirdly, the Commission refuses to explain how it is catching Uber drivers in the act. When asked by St. Louis Public Radio in June, Klein refused to answer, claiming that the commission "would rather not discuss the particulars of our enforcement actions. It's kind of something that we don't want to put out there."

Nonetheless, Uber has been operating in St. Louis since September 2015, a fact that makes the president of St. Louis County Cab "very angry." Cab companies have brought a $5 million class action lawsuit against Uber, arguing that the ride-sharing service is hurting cabbies' ability to make a living.

The Taxi Commission likely will continue to bully people from using their private cars to give rides to other people as a way to prevent competition with taxi cabs, but its development of a new taxi hailing app for phones is an admission that ride-sharing isn't going to be driven away by force.