Local Government Told Girl She Needed $3,500 for Lemonade Stand Permit. The Internet Helped Her Get It

Her story has a happy ending, but the regulations that nearly shut down her lemonade stand have serious consequences for other businesses. 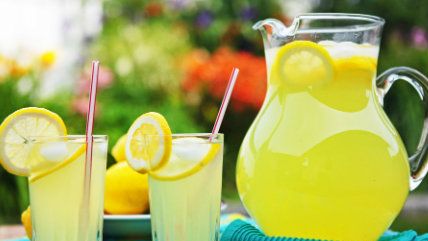 When Anabelle Lockwood made lemonade, the government in Orange County, California, gave her lemons.

Lockwood, a 10-year old entrepreneur, launched her own "gourmet lemonade stand" earlier this year, selling sweet drinks inspired by her grandmother's recipes out of a wooden stand designed and built by her father. After setting it up outside her parents' townhome, the local homeowners association determined the stand to be a safety hazard and forced her to relocate.

After relocating, she faced a new challenge: the Orange County Health Department told her that she'd have to obtain the proper permits to sell lemonade on the street and would have to upgrade her stand to meet building codes—a total cost of $3,500.

That might not seem like a lot of money to get a small business off the ground, but its more money than most 10-year olds have ever seen. The city gave Anabelle just 30 days to get permitted, during which time she had to turn down working at "a wedding, corporate events, movies in the park and church events" because she lacked the official government permission slips, KTLA reported.

Hoping to raise the necessary funds, Anabelle's parents launched a page on GoFundMe, a crowdfunding website, and started spreading her story.

"She got lucky having a dad that can build cool stuff and a mom that is in marketing," wrote Annabelle's parents on her GoFundMe page.

Indeed, she is. Anabelle ended up all over the local news in southern California during the first two weeks of September, and all that attention helped raise more than $3,200 through GoFundMe as of September 14.

Her story has a happy ending, but the regulations that nearly shut down her lemonade stand have serious consequences for other businesses. Not everyone can rely on crowdsourced fundraising—or help from a mom who works in marketing—to help meet the regulatory and licensing burdens put in place by state and local governments.

Some of the bureaucrat-versus-lemonade-stand stories are just ridiculous. Like the city officials in Portland, Oregon, who made an 11-year old girl beg for the right to have a lemonade stand to help pay for her braces after the city denied her permit, or the ones in Austin, Texas, who apparently didn't get the irony of holding a "Lemonade Day" when the city would graciously allow kids to forgo a $425 daily permit for one day only.

"Perhaps these cities hope to give children a taste of what the real world is like for grown-up entrepreneurs who face a long list of barriers to entry, including needless occupational licensing requirements," said Chris Dobrogosz, a spokesman for the Institute for Justice, a national libertarian law firm that has challenged burdensome licensing rules for hair-braiders, florists and other professions.