The agency has declared war on reason itself (the principle, not the magazine). 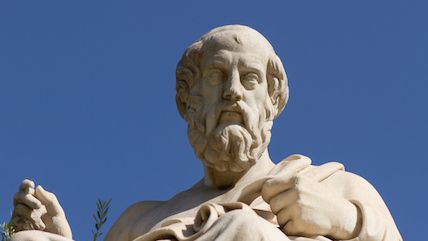 Universities should not rely upon outdated standards of justice like "common sense" and "reason" when determining whether sexual harassment has occurred, the Education Department's Office for Civil Rights has announced.

OCR recently sent a letter to Frostburg State University detailing the inadequacies of the university's sexual harassment policies. Frostburg is one of more than a hundred schools being investigated by OCR for violating Title IX, the federal law that requires sex equality in federal funding for education. OCR settles these investigations by advising schools to adopt a variety of policies that violate the due process and free speech rights of students and professors.

The Frostburg letter contains something I haven't seen before: a stark admission from OCR that its interpretation of Title IX holds the "reasonable person" standard in contempt. From page 7 of the letter:

… the Sexual Harassment Policy inappropriately stated that "in assessing whether a particular act constitutes sexual harassment forbidden under this policy, the rules of common sense and reason shall prevail. The standard shall be the perspective of a reasonable person within the campus community." This standard falls short of the preponderance of the evidence standard required to satisfy Title IX.

The Competitive Enterprise Institute's Hans Bader tells me via email that this declaration is at odds with court precedent.

I have long criticized OCR's Title IX guidance for eroding individual liberty, but never before has it been so apparent that the agency's ultimate goal is to destroy reason itself.