Here's What It's Like to Open a Charter School in California

Former lawmaker and school choice activist starts her own academy. 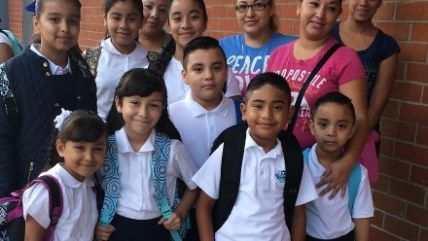 For those who care to actually pay attention, the charter school movement and the school choice movement writ large is not some plot by either the wealthy or by conservatives to destroy the public school system. While there are certainly wealthy and conservative people who want to flee the public schools, there are—particularly in urban centers—a significant number of parents who are neither wealthy nor conservative who are demanding a greater number of education choices for their children.

In California, major pushes to improve school choice for students came partly from the left, and former State Sen. Gloria Romero, a Democrat, was notable for her efforts to shepherd in policies that give parents more control over where and how their children would be schooled. She was motivated by seeing the stagnation of public school quality in areas that serve poor and minority students and the resistance by powerful education unions to reform. Romero has been involved in School Choice Week, and Reason interviewed her in 2013.

After a lengthy political and activist career supporting school choice, Romero is now putting her money where her mouth is. This fall sees the launch of a charter school co-founded by Romero in the heart of Santa Ana, California. Scholarship Prep Charter School opened at the end of August with enrollment of more than 300, serving students from kindergarten through eighth grade.

The launch of her school, with its emphasis on serving poor students and particularly kids from foster homes, drew positive attention from the Wall Street Journal in a piece noting the many challenges in trying to actually start a charter school in California.

Romero spoke with Reason Wednesday morning about her shift from activist to school founder and the extraordinary difficulties in trying to open a charter school in an environment where public school defenders and union representative are arrayed against them.

Romero says she had been thinking about the possibility of launching a school for quite some time, reaching back as far as when she was term-limited out of the state Senate in 2010.

"People were telling me, 'You're always trying to reform schools; why not start your own?'" Romero says. "[The school] was probably years in the making." After seeing many charter schools launch in California and succeed, she decided to partner with Jason Watts of CharterBoost to help start her own.

The process took months and required a 300-page petition and a hunt for a facility to house the school (a church). Rather than attempting to get approval from Santa Ana Unified School District, Romero went to Orange County's Department of Education to help bypass an approval process where local resistance by entrenched public school interests can very much influence school board votes. Scholarship Prep Charter School was approved unanimously.

But that's just a small part of the challenge. Charter schools are publicly funded schools, but Romero notes they're "funded as though we really are the little stepchildren of the public education system." The school has been awarded a $500,000 start-up grant, but as of the start of the school year, they've only gotten one check for $84,000. Romero has been putting some expenses on her own credit card and says there's now a niche market developing for short-term loans for charter schools as they attempt to navigate a complicated process of getting the money the schools have been promised.

"You get caught up in the bowels of the Sacramento educational bureaucracy," she says. "You have to try to navigate around a system that is set up financially to choke it until it fails. Those are issues that the traditional public schools will never have to face."

The rather vague name of Scholarship Prep Charter School explains what its goals are, Romero says. The foundation for the school is not on the "three R's" but the "three A's"—academics, athletics, and arts. Those three pathways Romero identified as the primary ways the lower-income students they serve can earn scholarships to attend college.

As the school year continues on, Romero will also have to prepare for efforts to shut it down, something every charter school must face. She said she's already been dealing with rumors being spread about the school—that the teachers aren't actually credentialed (they are) and that the school will start charging students next year (that's not how charter schools work). But she's confident that as long as the school actually teaches the students and the parents are supportive of the school, it will withstand criticism.

Speaking of criticism, HBO news show host John Oliver got a huge amount of attention for a recent segment that spoke harshly about the charter school system. Romero says that she "absolutely loves John Oliver" and said that some criticism of the charter system was warranted. She thinks some should be shut down and she's heard some "horror stories" about application processes at some schools to control enrollment. But she also felt that Oliver didn't really grasp either the fact that the deck is stacked against charter schools and that they are held to different standards of accountability than public schools.

"He failed to look at the vast majority of charters schools and the successes they're making, essentially with one hand tied behind their backs," Romero says. When charter schools fail, they're shut down, but "In the traditional school system, if you fail, nothing happens. If you financially fail, nothing happens."